The Return of The Clangers 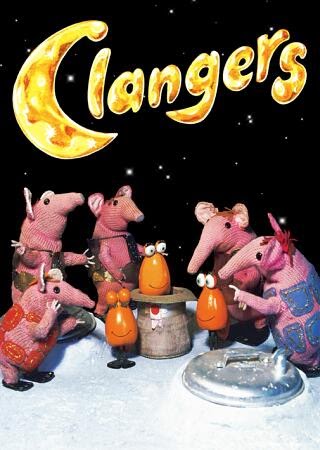 It's been pretty much common knowledge for a while now that The Clangers were making a return to our TV screens in the near future with Peter Firmin along with Oliver Postgate's son Daniel working towards that end.

Well, in a masterstroke of casting the BBC has reported today that Michael Palin has been hired on to provide the narration.  Bereft of the magnificent voice of the sadly departed elder Postgate the narration was always going to be a sticky point but personally I think they couldn't have chosen better.

For those of you unfamiliar with The Clangers...

Originally created in 1969 by (modelmaker and illustrator) Firmin and (writer, animator and narrator) Postgate's Smallfilms who had previously produced animated shows such as Ivor the Engine, Noggin the Nog and Pogle's Wood and who would go on to produce Bagpuss.  The Clangers are a small family of pink mouse like creatures - named Granny, Major, Mother, Tiny and Small Clanger - who live on and in a small planet along with The Soup Dragon (and her baby), The Froglets, The Iron Chicken, The Cloud and The Music Trees.

At this point in response to anyone thinking - rather tediously - 'What were they on?' - the answer is pure, unfettered, glorious imagination.

The Clangers spoke in a musical whistle created by using a slide (or swanee) whistle.  Their dialogue however was all scripted and then reproduced through the instruments.  This allowed Postgate to be rather more adventurous with the dialogue than the BBC would have liked with the episode 'Chicken' containing what became the most famous piece of Clanger speak (at 55 seconds in).


Here's Stephen Fry discussing it on QI if you can't make it out...

Only 27 episodes (two series and one - lost - special) of The Clangers were made but to this day they hold (as does much of Postgate and Firmin's work) a special place in hearts of entire generations of Brits who grew up in the 70s and 80s and it's good to know that they will be soon be entertaining entirely new generations.
Posted by ian holloway at 14:10