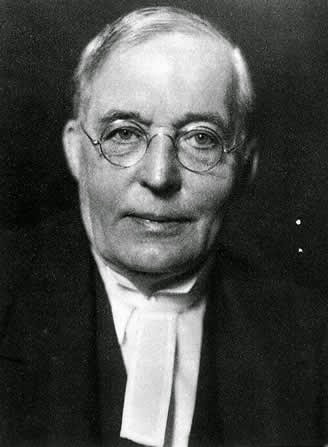 Montague Rhodes James (1862 - 1936)  was an English writer of some of the most enduring ghost stories of all time.

He attended King's College, Cambridge as an undergraduate, then as a don and finally as provost, a post he subsequently held at Eton College until his death.  His work as a mediaevalist was profound and still well respected but it is for his 30 ghost stories that he is most keenly remembered.

His fans have been many and diverse numbering amongst them, H.P. Lovecraft, Kingsley Amis and Ruth Rendell. His stature as our pre-eminent writer of ghost stories has been cemented in the late 20th and early 21st as he has become the most popular source for the BBC's annual 'A Ghost Story for Christmas' with 9 of the 12 films being adapted from his works; most recently Mark Gatiss' adaptation of 'The Tractate Middoth' screened on Christmas Day 2013.

Also screened that day was this excellent documentary also by Gatiss of the life and influence of James to which I now direct your attention.