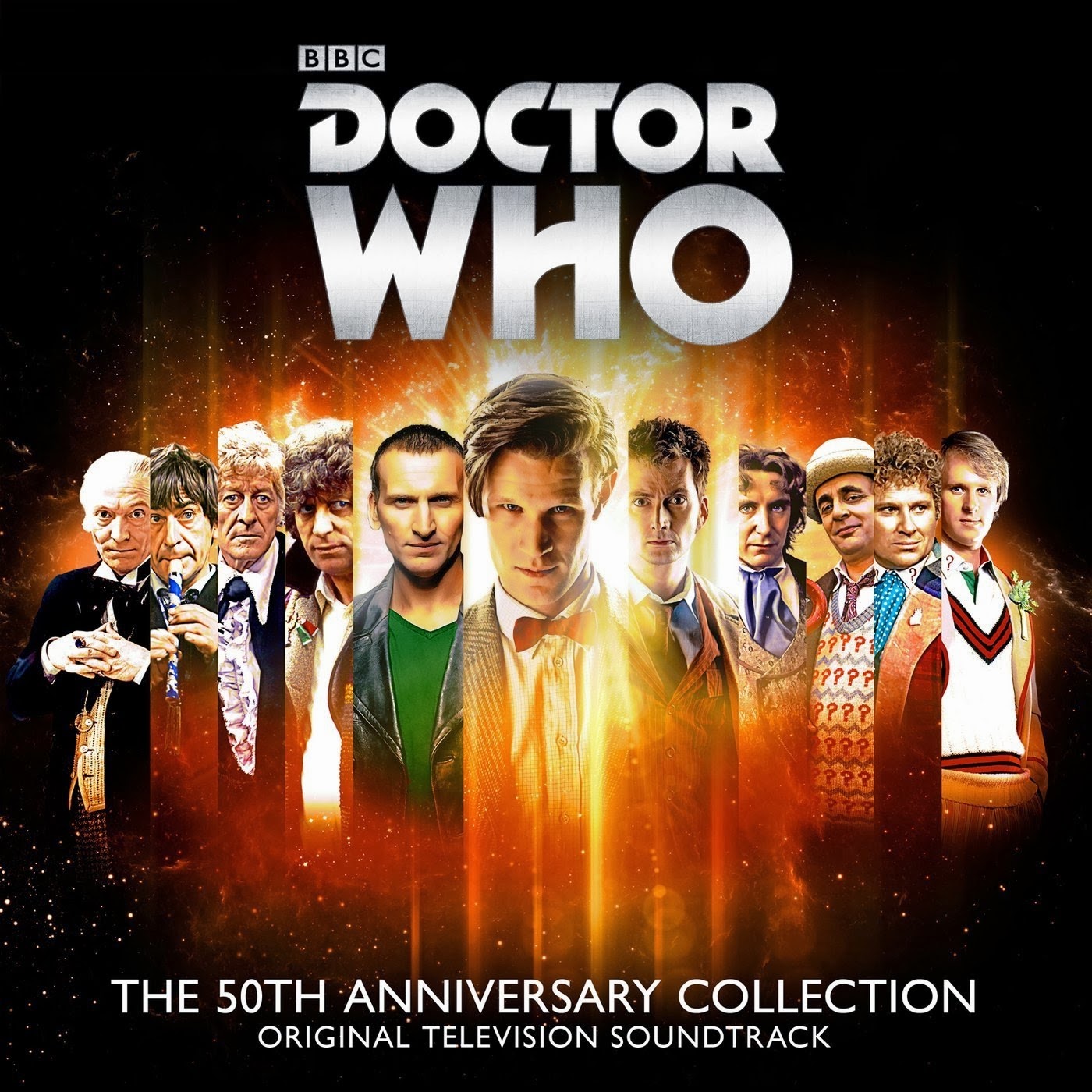 OK, an admittance right off the bat.  These folks are my musical heroes so I'm probably not going to be particularly critical here.  I think the people who made up the Workshop are amongst the most important figures in electronic and experimental music particularly in the UK if not worldwide and it must be said that a lot of that is down to the work they did on one particular TV show.

To celebrate the 50th anniversary Workshop archivist Mark Ayres has been sifting and cleaning two and three quarter discs full of Radiophonic Workshop Doctor Who cuts for each of the 7 Doctors that they were affiliated with.  There's special sounds and incidental music galore from each of the main Workshoppers associated with the show and it's absolutely glorious although during a concerted listen even I can find myself getting a little sick of the various versions of the theme.

The last disc and a bit is taken up by six cuts from John Debney's orthodox but not wholly awful soundtrack to the 8th Doctor's movie and then an entire disc of Murray Gold's entirely not my cup of tea soundtracks for Doctors 9, 10 & 11.

It's the first lot that are of interest here though and they absolutely do not disappoint.  If the names Delia Derbyshire, Brian Hodgson, Tristram Cary, Paddy Kingsland, Dick Mills, Roger Limb (and so many more) mean anything to you then you are going to have a blast with this album.  If they don't then perhaps you need to rectify that frankly shameful state of affairs and this'd be a hell of a good place to start.
(www.silvascreenmusic.com)