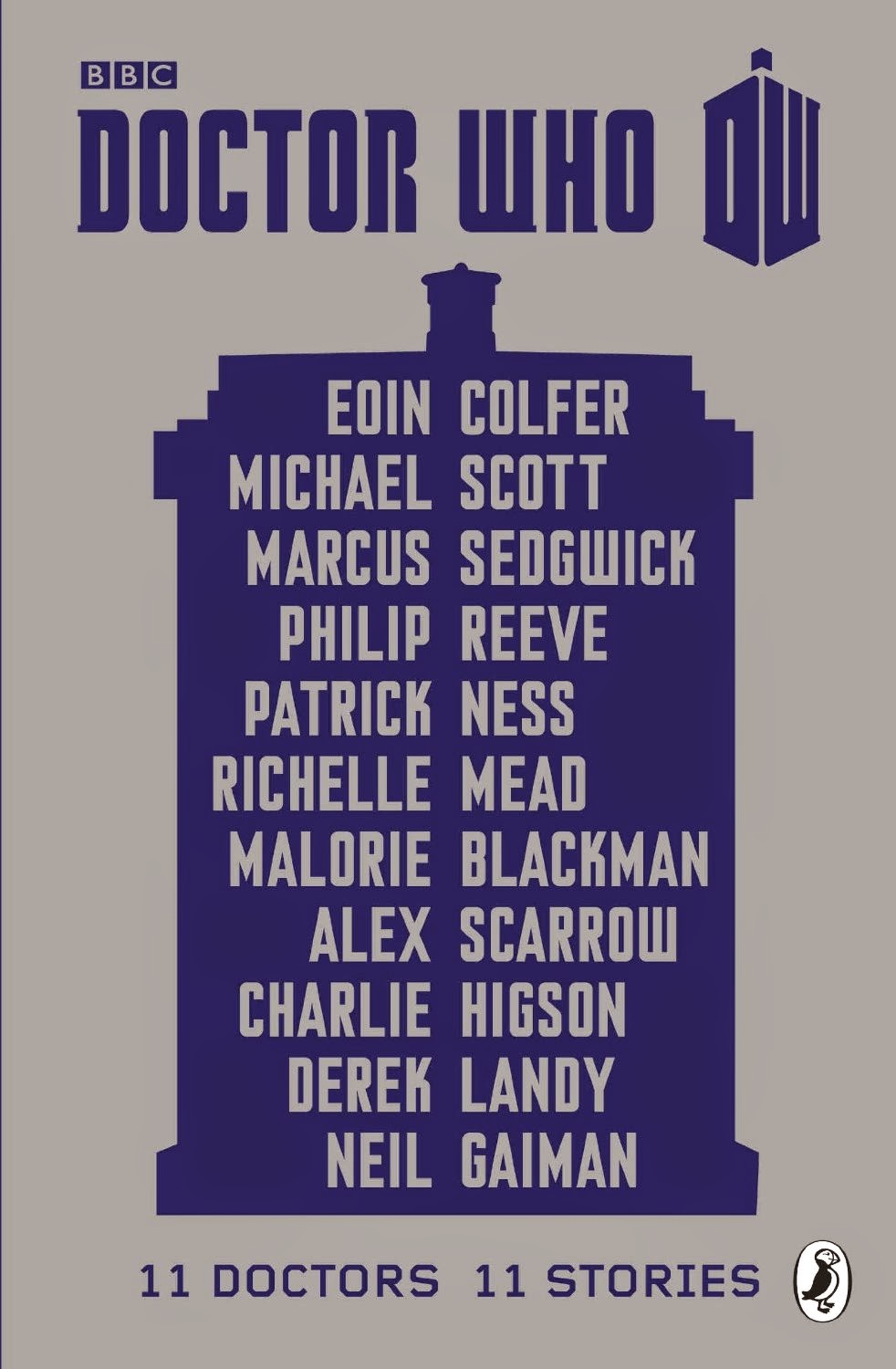 This is a walloping great tome of a book featuring 11 stories covering 11 Doctors from a gaggle (11, funnily enough) of name writers for teens and adults.  It's a pretty solid experience all told with each author putting in a pretty robust performance.

Michael Scott's 'The Nameless City' is a fun Lovecraftish old ones tale that sticks the second Doctor and Jamie against some very old Time Lord enemies  whilst Marcus Sedgwick sends #3 and Jo to ancient Norway to swap a spear before finding themselves amongst nascent gods and a carefully laid trap.

Philip Reeve sticks 4 and Leela up a very large tree that wants revenge for something he's not going to do for quite some time and 5 with Nyssa in tow heads to wartime US and removes two alien species - one happily, the other not so - from a small town.  6 and Peri come face to face with the Rani at an Elvis wedding and 7 manages to rewrite the universe and make the Daleks benign.  8 on the other hand goes up against a sentientish alien spore that's turning all organic matter into itself.

There's a lovely idea at the heart of Charlie Higson's quite bloodthirsty ninth Doctor story set between the two times he asks Rose to travel with him.  Derek Landy on the other hand goes all out with the silly as 10 and Martha are stuck inside an awful sub Enid Blyton novel that, much to the Doctor's disgust, Martha had read as a kid.  Then, finishing the lot, Neil Gaiman sends the Doctor and Amy up against another bunch of ancient enemies who have evicted the people of Earth.

In all a light and fast read aimed firmly at the YA market (and sad old DW geeks like me) but also an entirely enjoyable one.
(www.puffinbooks.com)
Posted by ian holloway at 10:45