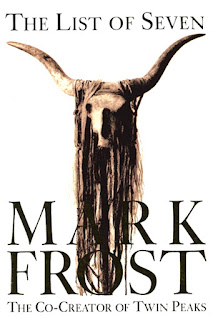 Posted by ian holloway at 11:27 No comments:

The Shadow-Cage and Other Tales of the Supernatural 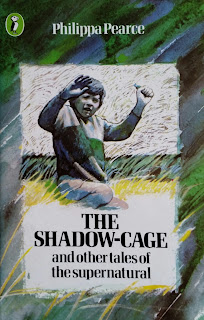 A collection of stories, both haunting and mysterious, created from everyday life and ordinary things.

Philippa Pearce is probably far better known as the author of classic children's book, 'Tom's Midnight Garden' than for anything else which, if the contents of this little Puffin anthology are anything to go by, is a real shame.

The 10 tales here show a lively and inventive imagination able to be macabre ('The Shadow-Cage'), funny ('The Dog Got Them' & 'Guess'), gentle ('Miss Mountain'), poignant ('At The River Gates'), strange ('Her Father's Attic'), brutal ('The Running Companion'), sentimental ('Beckoned'), vicious ('The Dear Little Man With His Hands in His Pockets') and a little bit silly ('The Strange Illness of Mr Arthur Cook').

As a book it is the quickest of reads - an afternoon - but that doesn't detract from the enjoyment of running around in the lady's imagination for a while.

Available here: The Shadow Cage and Other Tales of the Supernatural

Posted by ian holloway at 12:13 No comments:

Email ThisBlogThis!Share to TwitterShare to FacebookShare to Pinterest
Labels: books, ghosts, Philippa Pearce, Puffin Books, supernatural, The Shadow-Cage and Other Tales of the Supernatural 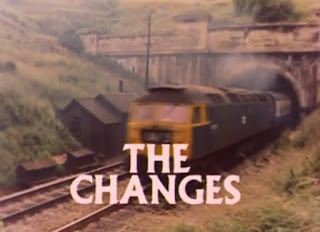 After becoming separated from her parents Nicky attaches herself to a Sikh family who, unaffected by 'the noise', are very sensibly leaving the desolation of the cities to find a safe haven in the countryside before striking out on her own.  Along the way she is involved in a deadly battle with bandits, is accused of witchcraft and is involved in a cross country tugboat chase all of which she endures with a calm, practical, stoicism that shows such events were par for the course for a young girl in 1970s Britain. 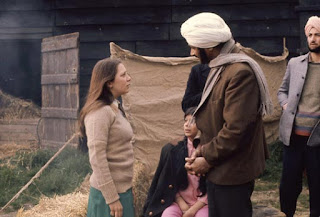 Having been shot on film 'The Changes' still looks as good today as it did at the time and the 10 episode run means the story is allowed time to develop although it could have maybe done with being pruned by a half hour or so.  The first half of the story - mostly taken from 'The Devil's Children', the third book in Dickinson's trilogy - is arguably the more cohesive but this is no surprise as it's the closest to the source material - the only one in the series to feature Nicky.  The second half which takes much of it's story from the second novel, 'Heartsease', feels a little wobbly in places and lacks some of the conviction of the first half but still moves the story along admirably to it's rather odd conclusion. 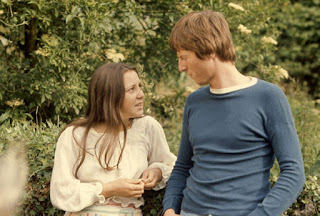 This is classic 'Wyrd Britain' television that easily stands alongside not just other kid friendly shows of the time such as 'Children of the Stones' but, with it's darker hued moments of murder, xenophobia and religious tyranny, also with more adult orientated shows such as 'Survivors ' and that the whole thing is soundtracked on synth (and occasional sitar) by BBC Radiophonic Workshop stalwart Paddy Kingsland is a very welcome added bonus. As regular readers of Wyrd Britain may know I've spent large chunks of the last 2 years fairly immobile having badly broken the same leg twice within a year which in both cases has required surgery, metalwork and months of physio.  This being the case I've had plenty of time to do three things.  I watched an awful lot of really crappy daytime TV until my television mercifully died and I decided not to replace it - please trust me when I say not even morphine can make most of it watchable.  The other two things were to read copious amounts of books and listen to a hell of a lot of music.

As I'm sure is the case with many of you I have shelves full of books here waiting to be read so each morning  my partner would put a few of them on the table next to a thermos of tea and head off to work leaving me to work my way through them.  Music was a different problem though.  I've always been a magpie for music, constantly looking for the next shiny thing to catch my eye, and so I quickly got bored of the few CDs that were to hand and had no way of getting to the record player - or even the room it was in for that matter - so I started trawling eBay and the like for new CDs to buy. 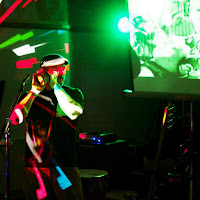 I started by filling gaps in my collection like Einsturzende Neubauten's 'Lament', Boards of Canada's 'In a Beautiful Place Out in the Country', solo albums by members of the BBC Radiophonic Workshop such as Peter Howell & John Ferdinando's 'Alice Through The Looking Glass', Trunk Records releases that I didn't have, Adrian Corker's 'The Way of the Morris' OST being the stand out which sent me down a long and winding path of soundtracks including Bullet's 'The Hanged Man' and a whole clutch of fantastic ITC multi-disc sets of things like 'The Prisoner', 'Strange Report', 'Jason King' and 'Randall & Hopkirk (Deceased)'.  I grabbed a few jazz classics that I'd neglected over the years, a couple of folk things and a whole bunch of the weird and wonderful experimental extravaganzas that have been my aural bread and butter for the last 20 odd years. 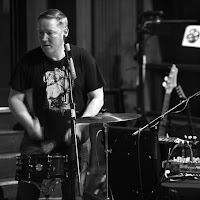 In amongst this all, via hearing about an upcoming John Baker album called 'The Vendetta Tapes', I was pointed in the direction of a label I'd not heard of before by the name of Buried Treasure and oh what a day that was.  There was only a few things available at the time and within half an hour (and with one exception because I'm a sucker for 7" singles)  I'd bought everything they had that didn't require me to climb stairs to the record player.  It was all gold - and Buried Treasure dominated the Wyrd Britain Best of 2015 - but the one I kept returning to again and again was 'The Weeping Tree' ep by the implausibly named Revbjelde.  It's gently exploratory electronic folk music seemed to encapsulate the type of things I'd been buying and listening to all the time I'd been laid up. 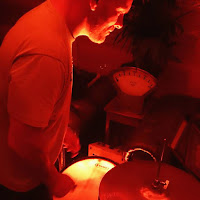 2016 saw them release another ep - 'Buccaboo' - with it's slightly more aggressive and experimental bent it was a more intense experience than it's predecessor and again proved that it's makers were a prospect well worth keeping an eye on.

Now, as we slowly emerge from what seemed like a particularly grey winter Revbjelde have blessed us with a full album that is bursting with colour.  For those of you who've grabbed the ep's a few of the tunes here are going to sound a tad familiar as the album features tracks from both of it's predecessors alongside some shiny new tunes but you're not going to mind because they all sound so damned good together.

'Revbjelde' - the album - is a pot pouri, a smorgasbord even, a veritable cornucopia of styles and sounds.  Revbjelde - the band - wear their influences proudly and the album shifts from ethereal (almost Clannadish) folk - 'The Weeping Tree' - to Volcano the Bear style freak-folk experimental improvisation - 'Port of Arundel'.  They bring a laid back and filmic lounge jazz vibe to 'Out of the Unknown',  there's a fantastic Angelo Badalamenti feel to 'Buccaboo' and 'Tidworth Drums' is Neu!-tastic krautrock gold.

The end result is that rarest of things, an album that effortlessly crosses boundaries and blurs distinctions without ever feeling like it's forcing itself into ill-suited or poorly conceived shapes, it has a flow and an internal logic that feels both natural and honest and above all it's beautifully played, immaculately presented and just a frankly ridiculous amount of fun to listen to.

Posted by ian holloway at 12:26 No comments: