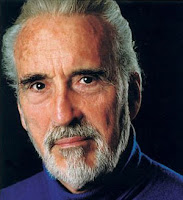 With sadness we note, only a few days after his 93rd birthday, the passing of one of our favourite actors, Sir Christopher Lee.

I only recently wrote a short blog about him - here - so I'll refrain from doing so again here and instead I'm going to point you in the direction of a nice little side event to his most famous role.

This is a 1975 documentary narrated by Lee about the real life inspiration for Dracula, Vlad Tepez, along with the book, it's author and some of the films.  It's very much of it's time so don't expect the now commonplace cavalcade of expert talking heads just rolling images and a voiceover.  It's an entertaining and interesting overview, competently produced but entirely made by Lee's delivery of the script. 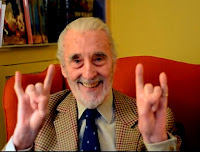 Even if the documentary doesn't appeal it's worth skipping to the 1 hour 20 mark to catch the magnificently mustachioed narrator's closing remarks.

So, sadly we bid goodbye to one of the greats but do so knowing that his incredible body of work means his legacy will live on forever.

Posted by ian holloway at 14:13 No comments: 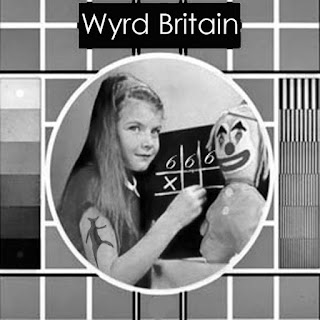 Summer officially begins today which is just as well as this months Wyrd Britain mix has, I think, a distinctly lazy, hazy, summery feel to it.

Making up the mix this month is a collision of laid back library pieces, some acid-folk wistfulness, two glorious TV themes, some proto post rock and some actual and a little bit of (ch)easy listening to round things off in suitably groovy fashion.


Opening proceedings is the god like genius that is Basil Kirchin who is followed by Reg Wale's 'Fruity Flutes' used as the theme to Farmhouse Kitchen (got to be one of the greatest theme tunes ever).
Anne Briggs is Standing on the Shore before Wayne Hill's absolute classic 'Left Bank Two' the Vision On Gallery theme.
Talk Talk tell of the 'Myrrhman' and the massively under-rated Scottish bass wranglers Ganger make a regular appearance in one of my mixes.
Paul Giovanni documents 'Sunset' over Summerisle (and Sergeant Howie), Sounds Orchestral indulge in some not entirely orchestral sounding 'Soul Coaxing' and finally Tony Hatch is 'Herbin'.' about which we'll say no more.

Wyrd Britain 4 by Quiet World on Mixcloud
Posted by ian holloway at 12:22 No comments: