The Travelling Bag & Other Ghostly Stories 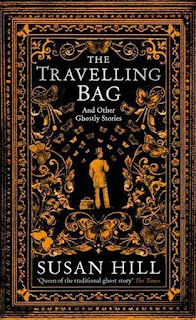 From the foggy streets of Victorian London to the eerie perfection of 1950s suburbia, the everyday is invaded by the evil otherworldly in this unforgettable collection of new ghost stories from the author of The Woman in Black.
In the title story, on a murky evening in a warmly lit club off St James, a bishop listens closely as a paranormal detective recounts his most memorable case, one whose horrifying denouement took place in that very building.
In 'The Front Room', a devoutly Christian mother tries to protect her children from the evil influence of their grandmother, both when she is alive and when she is dead.
A lonely boy finds a friend in 'Boy Number 21', but years later he is forced to question the nature of that friendship, and to ask whether ghosts can perish in fires.
This is Susan Hill at her best, telling characteristically flesh-creeping and startling tales of thwarted ambition, terrifying revenge and supernatural stirrings that will leave readers wide-awake long into the night.

This lovely looking little collection came into my hands only recently but the inclusion of an occult / psychic detective story will always help a book to leap frog it's way up the reading pile.  As it happens that one was probably the least satisfying story of the four.

Opening the collection is the title piece with it's psychic investigator or as I'm going to think of him a 'psychic noticer' because he does little investigating in what is a fairly rudimentary sort of revenge tale with a nice ending but the framing device about the detective is a little pointless.

The second story is kinda lovely but feels entirely underdeveloped as we, perhaps, get to meet 'Boy Twenty One' in a jumble of comings and goings.

The longest story here, 'Alice Baker', again seems slightly lacking in development as a new worker joins a close knit team of office workers.  There's much to like and Hill builds the atmosphere beautifully but the crisis point is confusing (the sudden and rather pointless appearance of the child) and the newspaper revelation ending was just piffle.

The book ends with it's most successful story as a well meaning couple invite his malicious stepmother to live in 'The Front Room' only for things to go bad fast.  It reminded me of some of Joan Aiken's creepier moments as the children feel the full force of her malice.

A mixed reception then for the 4 stories most of which could have benefited from a strong editorial hand but equally none of them stay around long enough to bore - indeed I'd have liked the second story to have stayed longer - and the book itself was a nice accompaniment to a quiet evening with a glass of something tasty.

Buy it here -  The Travelling Bag: And Other Ghostly Stories

Posted by ian holloway at 11:17 No comments: 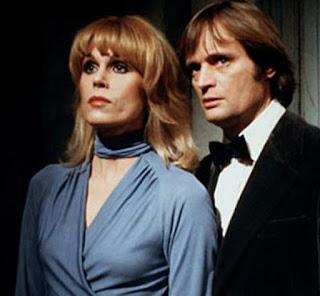 In the pantheon of Wyrd Britain TV there are a couple of shows that sit above them all; Sapphire and Steel is most assuredly one of them.  From the perfect casting of the two leads,  Joanna Lumley's icily, beautiful 'Sapphire' and the cool, unbreakable, inflexiblity of David McCallum's 'Steel' to Peter J. Hammond's gloriously inventive scripts and the isolated, claustrophobia of the settings.

We've discussed the show on Wyrd Britain before - here - so today I'd like to show you a short retrospective from the recent box set featuring the two leads, the writer and producer Shaun O'Riordan reminiscing about their time on the show. 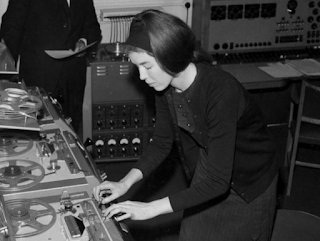 Today - May 5th 2017 - marks what would have been the 80th birthday of the composer Delia Derbyshire, the lady responsible for, as I'm sure you all know, that theme tune.

Delia joined the BBC Radiophonic Workshop in 1962 and stayed there for 11 years her music appearing on programmes such as 'Doctor Who', 'Out of the Unknown' (for which she wrote 'Ziwzih Ziwzih OO-OO-OO') and later through her work for the Standard Music Library on shows like 'The Tomorrow People' and 'Timeslip'.

Outside of her television work Delia was also part of White Noise who produced the phenomenal and pioneering 'An Electric Storm' LP, for radio she collaborated with dramatist Barry Bermange on the hallucinogenic 'Inventions for Radio: The Dreams' and with film-maker Anthony Roland on the film of Pamela Bone's photography, 'Circle of Light'  the soundtrack of which has recently been unearthed by Buried Treasure's Alan Gubby and released by Trunk Records.

Delia died on 3rd July 2001 leaving a massive back catalogue of music, much of which remains unheard, unreleased and unappreciated.

So, in memory of the great lady here are two documentaries celebrating her work.

Posted by ian holloway at 10:47 No comments: