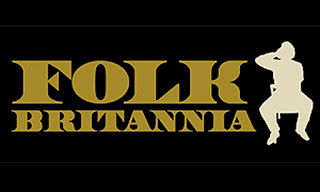 BBC Four has a pedigree for producing quality documentaries and it's music ones are amongst the best.  Of those the 'Britannia' series has been notably impressive with mini-series based around punk, metal, jazz, synths, soul, prog and much more.  We might return to some of the others at a later date but first I think we'll head off to a land where the ale is real, the clothes are woolly and the hats, for some reason, have green willow all round them.

The documentary consists of three episodes each focusing on a different era of British folk music.  Episode 1 - 'Ballads and Blues' - explores the revival era, episode 2 - 'Folk Roots, New Routes' - travels through the acid-folk and folk-rock of the 60s and early 70s and episode 3 - 'Between the Wars' - looks at the post punk years.

As with all these documentaries there's something for the novice and the acolyte alike.  Even with music I'm not much of a fan of - and I have to include the vast majority of British folk music in there, hence the facetious comment about willowy hats back there - I do love to watch passionate people talk about their work and their love of the music and there's plenrty of that on offer here.

(The playlist below contains all three episodes)

Posted by ian holloway at 18:53 No comments: 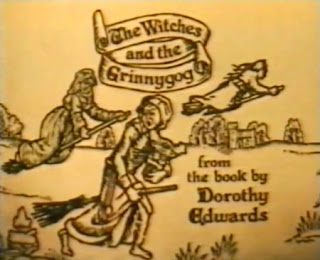 Made in 1983 and based on the novel of the same name by Dorothy Edwards published two years earlier, 'The Witches and the Grinnygog' is a 6 episode supernatural, time-slip story for children made by TVS (the ITV channel for south east England).

The story tells of five very nice kids, Colin and Nan Sogood and Essie and Dave Firkettle (who grew up to be Eastenders' Ian Beale) and their little brother Jimmy who, whilst setting up the local museum (see, I told you they were nice), start to notice strange things happening in their quiet little village all of which seem to be connected the Firkettle's Grandad's (John Barrard) garden ornament, an odd, gargoyle-like statue that quite literally falls off the back of a lorry just missing Mrs. Firkettle's head. 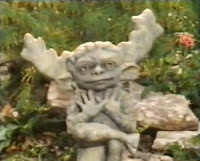 Things get increasingly unusual for the quartet with the arrival of an enigmatic African anthropologist, Twebele Alabaster (Olu Jacobs), three eccentric and seemingly magical old ladies Mrs. Ems (Sheila Grant), Edie Possett (Anna Wing - who later became Ian Beale's great aunt Lou) and Miss Bendybones (Patricia Hayes) and finally a lost and lonely young girl called both Margaret and Daisy (Eva Griffith - who some of you will recognise as the young blind girl who tries to convince Bill Mason to stay and carry on looking after 'his' group of blind people in the brilliant 1981 BBC TV version of 'The Day of the Triffids'). 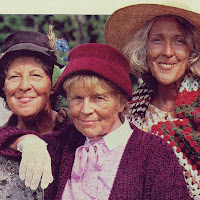 'The Witches and the Grinnygog' is a very well mannered sort of affair lacking the air of disquiet and menace that is palpable in many of the more well known supernatural shows like 'Children of the Stones'.  Unfortunately, there's no actual jeopardy in the plot.  The kids run around trying to solve the secret of the statue and village's unpleasant past even though Miss Bendybones tells them (and others) on several occasions that everything is fine and its all going to work out on the day.  Kudos to the makers for not falling in the trap of 'demonising' any one here, followers of all the religions featured - both orthodox and less so - are portrayed as well intentioned and kind and contributes towards making a show that is, in almost every way possible, nice and which probably goes some way to explain why 'The Witches and the Grinnygog' is considerably less well known than many other TV shows of this ilk.

It is though still an intriguing and enjoyable watch.

Email ThisBlogThis!Share to TwitterShare to FacebookShare to Pinterest
Labels: ITV, supernatural, The Witches and the Grinnygog, TV Series, TVS, witchcraft 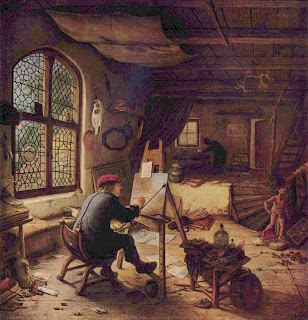 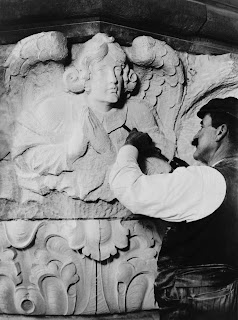 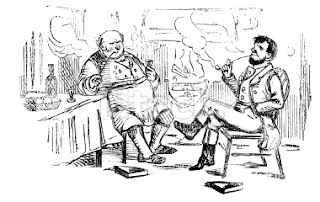 Posted by ian holloway at 17:52 No comments: 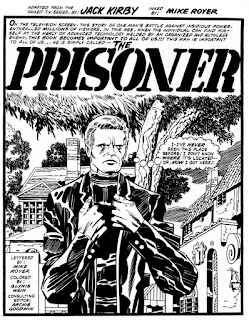 Earlier today I stumbled across a fantastic post over on 'Forces of Geek' that I want to share with you all. It features the entirety of the first issue of a never released comic book adaptation of Patrick McGoohan's 'The Prisoner' along with a link to another article explaining the genesis of the project.

The adaptation was written and pencilled by Jack Kirby (co-creator of 'Captain America', 'The Fantastic Four' and much, much more) and has mostly been inked by Mike Royer (a regular Kirby collaborator) although the project was obviously abandoned before he had finished as some of the pages exist in pencil form only.

Personally, I've never been much of a Kirby fan (cue collective gasps of horror from outraged Kirbynistas),  I love his backgrounds but not his figures (faces especially - although he absolutely nails Angelo Muscat as Number 2's butler) and find his writing unreadably pedestrian which is the case here.  That said, this is a fabulous artifact and well worth checking out. 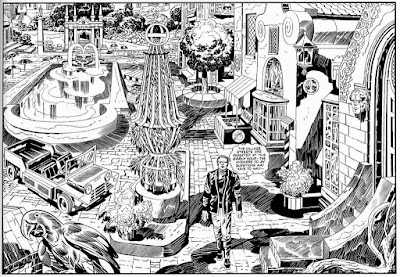 Posted by ian holloway at 09:36 No comments: