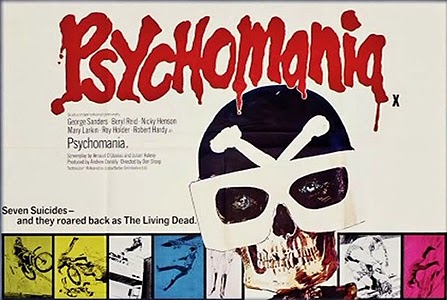 "How do the dead come back mother?  What's the secret?"

If I tell you that the quote up there was my ringtone for a couple of years then you'll know that I am a bit of a fan of this fantastically odd little movie.  Zombies, bikers, Beryl Reid, (a cameo from) John (Sgt. Benton) Levene, black magic, a toad and George Sanders - who incidentally committed suicide not long after leaving a note that read, 'Dear World, I am leaving because I am bored. I feel I have lived long enough. I am leaving you with your worries in this sweet cesspool. Good luck.' - it's a veritable tick box of wonderful. 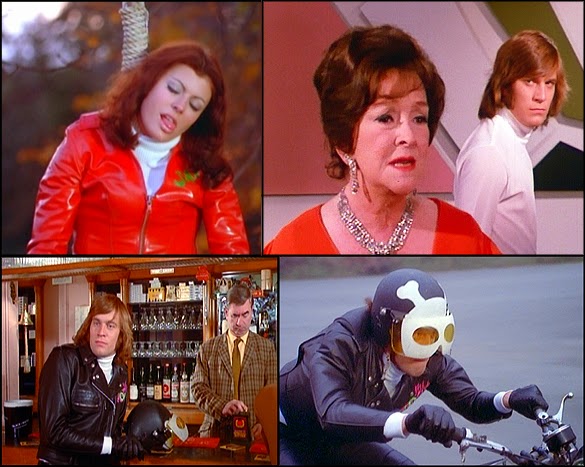 The film tells of Tom Latham (Nicky Henson) the leader of  'The Living Dead' a hell raising biker gang and the son of a satanic witch played admirably against type by the fabulous Beryl Reid (if you dispute the word fabulous then go watch her performance as Connie Sachs in the original 'Tinker Tailor Soldier Spy' TV series).  It is through her and her butler, Shadwell (Sanders) that Tom learns the secret he's asking about above and soon he and his gang are putting it into practice and returning to life to terrorise the locals by killing coppers, trashing supermarkets and driving through walls.

It's a gloriously, wonderfully, joyously, awful film full of hammy performances, cliched dialogue and clunky special effects all held together with silly humour (including characters with names like Hatchet, Gash and Chopped Meat) and a fabulous soundtrack by John Cameron and I absolutely love it!