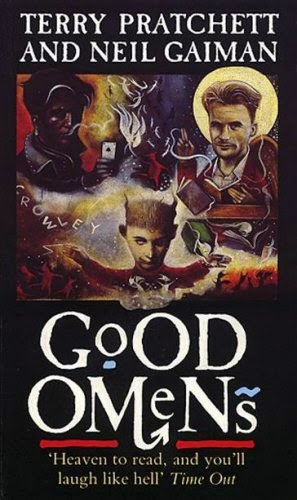 It's just been announced earlier today (September 5th) that BBC Radio 4 are going to follow up their successful dramatisation of Neil Gaiman's 'Neverwhere' with an adaptation of his and Terry Pratchett's 'Good Omens'.

I absolutely adore 'Good Omens'. First time I read it I laughed so hard that I honestly thought I'd damaged my throat at one point.  The BBC have always been top notch at radio plays - if you at all doubt me on this go and check out the Sherlock Holmes series they did with Clive Merrison and Michael Williams for a masterclass of the genre - and with a cast like the one announced this should be a real treat.

more info at the link.
http://www.bbc.co.uk/mediacentre/latestnews/2014/r4-good-omens
Posted by ian holloway at 13:34