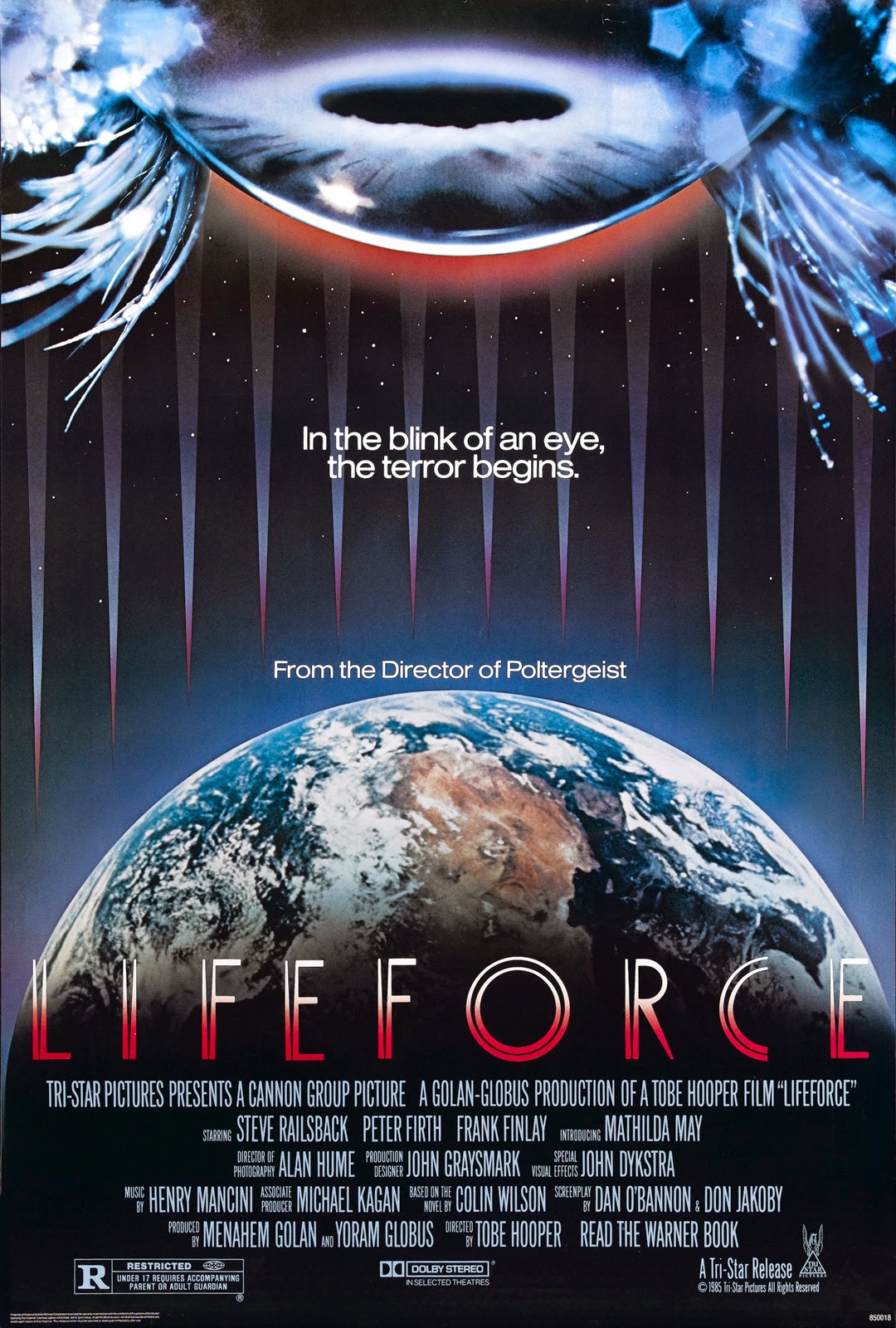 Bit of a guilty pleasure this one and I'm sure that some of you are now twitching at it's inclusion on a page about British weirdness.  Yes, American director (Tobe Hooper), American screenwriter (Dan O'Bannon) and American finance (Cannon Films) but based in Britain, filmed in Britain with a predominantly British cast and based on a British Book (The Space Vampires by Colin Wilson) and, well, it's just got the right vibe.  For my money this has always felt almost like a homage to the Quatermass movies.  The spectre of the Lord Bernard is hovering over the whole thing.

Space Shuttle 'Churchill' (see, British) is on a mission to investigate Halley's Comet but discovers a spaceship within it's tail and brings the three humanoid life forms they find on  board, one woman (Mathilda May) and two men (Bill Malin & Chris (brother of Mick) Jagger), back to Earth.  The three soon wake and proceed to suck the 'lifeforce' out of everyone they come into contact with and beam that energy back to their ship whilst completely ignoring prevailing societal conventions regarding the wearing of clothing.

Battling against them are sole survivor of the Churchill, Colonel Tom Carlsen (Steve Railsback) and the SAS colonel sent to investigate, Colin Caine (Peter Firth). Patrick Stewart in one of his last pre-superstardom roles also makes an appearance.

Lifeforce is in no way a particularly great (or even good) film but, for me at least, it's got that certain something that keeps me coming back for more.