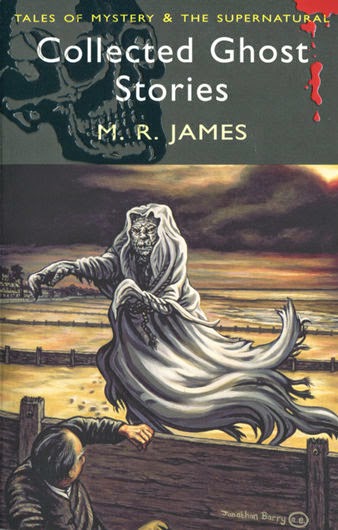 These stories have been on my wish list for years and I simply have never had either the time or the head space for them. When the time finally came I made it into an event and made it last as long as I could.  I've been eking them out for months. I'm glad I did too as there is a fairly strong similarity between the stories and I think I would have got quite bored and missed out on just how good many of these stories actually are.

Here in the UK James' stories have become something of a Xmas tradition with adaptations of 9 of his stories having been produced for the BBC.  As such I knew some of the stories, particularly 'Oh, Whistle and I'll Come  To You, My Lad' and 'Lost  Hearts'.

Montague Rhodes James spent  a large chunk of his adult life within the academic environs of Cambridge and it was there that he began producing ghost stories as a way of entertaining friends and colleagues.  His stories very much reflect his audience as they often feature fusty men of letters,  often an object found or collected - a book, a pair of binoculars, a whistle - that triggers the events or even something as simple as greed that initiates terrible events. 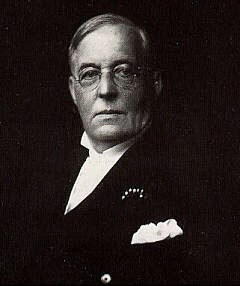 He is rarely, if ever, particularly overt in describing the horrors that befall.  In James' stories it is that something unpleasant has happened within what  is generally first established to be a genteel, mannered, respectable or polite setting.  The horror is in the shattering of the ordinary by the extraordinary and strangely, for a man with religious convictions these rarely feature.  Instead there is often an almost pagan rural horror to the stories, an air of the old times influencing the new.

As I said earlier I've been reading this for most of the last year.  I'd finish a novel and then pick this up and read a tale or two before disappearing into the next novel.  This helped.  I'm not the worlds biggest fan of short story anthologies and so this method made it feel like a real treat.

The stories, though maybe a little mild by modern tastes still maintain a fine level of creepy.  The obvious classics like the ones I mentioned earlier here have stood the test of time beautifully and are every bit as horrific as they ever were; 'Lost  Hearts' for example would need very little alteration for it to be the most modern of tales.

So, an ambition fulfilled.  The ghost stories of M. R. James read and thoroughly enjoyed.  They are very much recommended to anyone with an interest in the ghost genre or rural horror but I think perhaps there's much here to satisfy even a passing curiosity.
Posted by ian holloway at 22:25