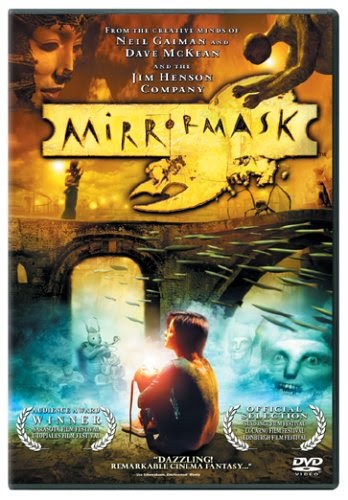 A movie written by Neil Gaiman and directed by Dave McKean was always going to be a pretty enticing prospect for me.

I love Gaiman's writing.  His worlds are ones populated by characters and situations usually more at home in fairytales (the original pre-Victorian ones not their crappy watered down versions) and gothic horrors.  I love McKean's art for essentially the same reasons.

Mirrormask tells the story of Helena (Stephanie Leonidas) a young girl dreaming of running away from the circus to join real life.  She gets her wish when her mum, Joanne (Gina McKee), is rushed to hospital and she and her dad (Rob Brydon) are forced to stay in a drab, grey tower block while they wait for Joanne's operation. 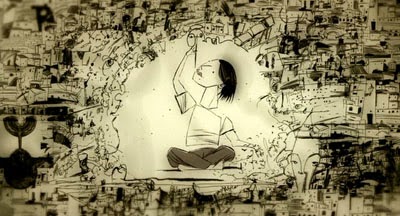 Helena decorates her world with ink drawings that she plasters all over the walls, the balcony, the fire doors that - in Dave McKean's fabulous style - portray a vast aray of characters, creatures and buildings.  A make believe world which - as tends to happen in these sort of things - is where Helena soon finds herself stuck in what may be her dream or may also be Joanne's dreaming mind as she is operated on.

Inside the 'dream' world Helena makes the aquaintance of a juggler named Valentine (Jason Barry) with whom she sets off on a quest - inevitably - to wake the The Queen of Light and defeat The Queen of Shadows (both also played by Gina McKee) by locating the titular Mirrormask. 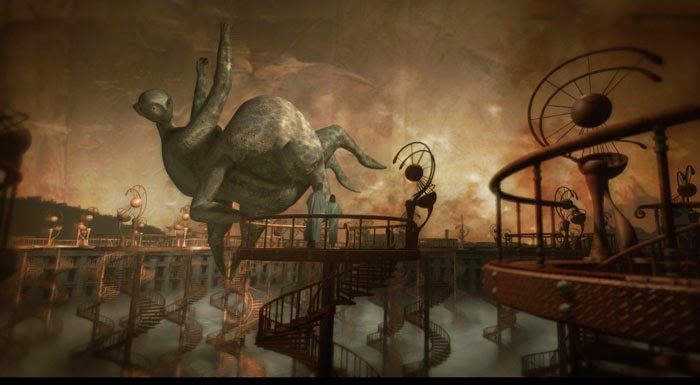 Storywise it's a fairly heavy handed exploration of illness - the sleeping mother being attacked by the black cancerous tendrils causing the world to collapse around Helena - and personality - the duality of Helena's love for her family and friends and her desire to find herself and her own way in life and of course the masks themselves.  But, there's penty of warmth and humour enough that for the most part you don't feel like you're getting slapped around the head constantly. 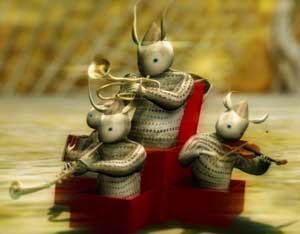 I remember at the time it came out all the pre-release hype, interviews and then the extras on the DVD kept referring to the tiny budget. At the time I thought they were labouring a point but now I know why.  Essentially the film consists of lots of static set pieces with the actors reduced to talking and gesticulating their way through the scenes instead of being allowed to move around the, visually sumptuous, world that McKean has created.  You are utterly immersed in the McKean's beautiful art and the scope of both creators vision for the movie is readily apparent as the use of green screen (for almost the entire movie) allowed them to build an utterly fantastical reality but which, in turn, stiffled both the actors and ultimately the movie.

Lastly, it is a shame that they aimed this at kids. I can't help but feel that it really would have benefited if they'd got a lot darker, a lot creepier and a hell of lot scarier.  That said though it's an enjoyable enough distraction for 90 minutes and even if you're not paying it much attention it makes for frankly lovely wallpaper.