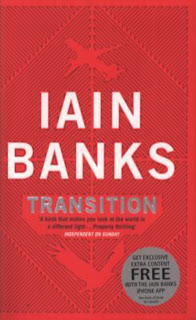 There is a world that hangs suspended between triumph and catastrophe, between the dismantling of the Wall and the fall of the Twin Towers, frozen in the shadow of suicide terrorism and global financial collapse. Such a world requires a firm hand and a guiding light. But does it need the Concern: an all-powerful organization with a malevolent presiding genius, pervasive influence and numberless invisible operatives in possession of extraordinary powers?
Among those operatives are Temudjin Oh, of mysterious Mongolian origins, an un-killable assassin who journeys between the peaks of Nepal, a version of Victorian London and the dark palaces of Venice under snow; Adrian Cubbish, a restlessly greedy City trader; and a nameless, faceless state-sponsored torturer known only as the Philosopher, who moves between time zones with sinister ease. Then there are those who question the Concern: the bandit queen Mrs. Mulverhill, roaming the worlds recruiting rebels to her side; and Patient 8262, under sedation and feigning madness in a forgotten hospital ward, in hiding from a dirty past.
There is a world that needs help; but whether it needs the Concern is a different matter. 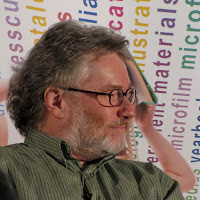 I have a slightly problematic relationship with Mr Banks' work.  Many years ago I tried reading 'The Wasp Factory' which failed to grab me at all and which I never finished. The paucity of pages in that particular book will give you some idea of how little I liked it.  Of his M. Banks books I've physically read one, 'Matter', which was OK but I've listened to several as audiobooks and found that to be far more enjoyable an experience.  I'm not, and never have been, a fan of space operas but as a big old thing I can listen to whilst otherwise occupied they worked well.

I'm not sure what caught my eye about this one but it did and a glance at the back got me intrigued.  I do like an alternative worlds / multiverse story and so, as I was done with my previous read and wanted something different I dove in and was reading it before I even left the shop.

Transition tells the stories of several people in particular of Temudjin Oh who works for 'The Concern' as a dimension hopping assassin / operative doing their bidding and nudging each world onto The Concern's preferred path.  The narrative alternates between several core characters but all are destined to become part of Oh's story.

The book is definitely flawed; there are several points that feel underdeveloped and the ending is more than a little unsatisfying as it takes slightly too long to arrive and then is over far too soon.  It is however an enjoyable trip getting there.  Banks can tell a tale that is complex yet accessible and whilst this isn't so to the extent of his Culture novels it certainly has it's moments.