For '3 Wyrd Things' I asked various creative types whose work I admire to tell us about three oddly, wonderfully, weirdly British things that have been an influence on them and their work - a book or author, a film or TV show and a song, album or musician.

Ray's writing has been published by Ex Occidente Press, Swan River Press, PS Publishing and others and his music released through labels such as Austria's Klanggalerie.

Regular readers of Wyrd Britain will know that we are big fans of both Tartarus Press and many of the authors they feature / champion and are honoured to have this opportunity to feature Ray's choices on our site. 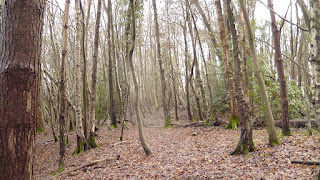 Book
Walter J.C. Murray - Copsford
(Buy it here)
I grew up on Chiddingly Road in Horam, East Sussex, in an old tile-hung Wealden farmhouse, surrounded by woods and fields that were the backdrop to games and adventures undertaken on my own or with friends. When younger we played at being second world war commandos deep in enemy territory, or Star Wars fighter pilots flying between the trees on alien planets. In later years I read Machen and Poe in quiet corners of fields and even up trees, and I sometimes took my own writing out with me - poetry and short stories that ended up in school magazines. It was a beautiful, haunted countryside, with an added frisson because wandering too far meant that I didn’t always know whose land I was trespassing on. 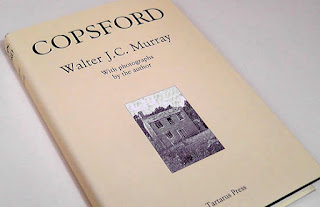 My father had explored the same fields a generation before me, and often talked about a haunted house that I was never able to find on my explorations (and so I never believed him!) But ten years ago he asked me to find a book called Copsford by Walter J.C. Murray. It is the true story of a young man in 1920 who rents a derelict cottage in Horam with the aim of collecting and drying herbs to sell. The cottage, which he finds at first unwelcoming, even malevolent, was the haunted house my father had once known, and the fields and woods that Murray ranged over were ones we both recognised. It is book with drama and beauty, and a deep understanding of the countryside and its wildlife. It was a delight to see Mark Valentine discover it and blog about the book recently (here). And after a great deal of searching I have finally managed to track down the estate of the author and a new edition will be along in the near future.

And it's even been inspiring some music: 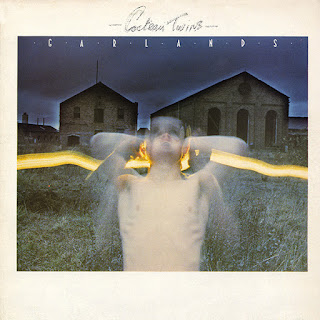 )
In 1983, as a world-weary sixteen year old, I took my sister to see Orchestral Manoeuvres in the Dark at the Brighton Centre on the Dazzle Ships tour. But, before they played, a scruffy-looking couple shambled on stage with a reel-to reel tape player and struck up the most unearthly sound. My sister was mortified that between songs I clapped, cheered and shouted my approval (everyone around us seemed unimpressed.) The duo were called the Cocteau Twins and they played an astounding set of weird, primal, beautiful songs. OMD put on a decent show (with semaphore!), but I didn’t get into Dazzle Ships until some years later. At the time they seemed commonplace in comparison to the Cocteau Twins.

The following weekend I bought the Cocteau Twins album, Garlands, and their two singles. Listening to them today I can hear all of the various influences on their sound, but for me it evokes the time and place in which I played the music non-stop. It brings back to me the fields at twilight, when the woods suddenly seemed unnaturally dark and utterly different to the daytime, when landmarks are lost and distances distort. As Elizabeth Fraser sings ‘Grail overfloweth…’ and ‘The earth as we know it…’ I am reminded of the strange books I had been reading until the light had failed, and I had been forced to find my way home. 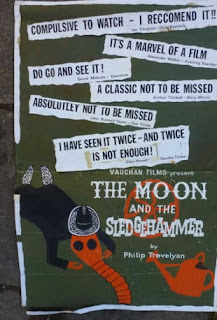 Film
The Moon and the Sledgehammer
(Buy it here

)
I loved moving to Sheffield to go to University—it was utterly different from what I had been used to in the Sussex countryside, but my childhood was brought back to me one night in 1986 in a way that I failed to understand for several years. Returning late from some event in the city centre, I tuned-in to a film or documentary on Channel Four about a dysfunctional family living in a wood where they repaired and rebuilt traction engines. It was beautifully shot, elegiac even, but at the heart of the story something was obviously very wrong. I couldn’t understand when it had been made, or where, but I had the uncanny feeling that I knew these people.

I woke up my housemate, Mark Johnson, and told him he had to come and watch a remarkable piece of television. The family in the film were somehow set apart from the modern world, and in certain respects they appeared ignorant of it. But it seemed to raise more questions than it answered, and I was unable to find anything out about it, despite research at the Polytechnic’s film library.

And then, twenty four years later, in 2010 my parents told me they had seen a DVD called The Moon and the Sledgehammer, and that it might interest me. It was my Channel Four film from 1986 and it was everything I remembered—and more. I discovered that it had been made in 1969, and it tells the story of the Page family, who lived less than a mile from my old family home on Chiddingly Road. I hadn’t been able to identify their accent on first viewing because it was my accent. Ten or fifteen years after the film had been made I would have met one of the sons because he used to cut the grass in our one field, and he was a regular at the Gun Inn down the road.

It is a wonderful film that depicts a way of life that was anachronistic even when it was made. It seems all the more sad each time I watch it because at it’s heart are two or three undiscussed tragedies.

If you enjoy what we do here on Wyrd Britain and would like to help us continue then we would very much appreciate a donation towards keeping the blog going - paypal.me/wyrdbritain
Posted by ian holloway at 18:50