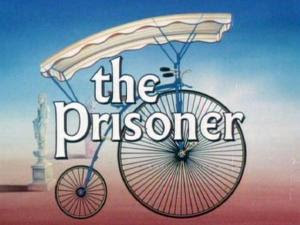 In 1967 Patrick McGoohan severed his connection with the popular 'Danger Man' ('Secret Agent' in the US) TV series and devoted all his energy to creating a new show about the trials of a retired spy trapped in a remote and isolated village.

The 17 episodes tell the story of an un-named spy (McGoohan always denied that the central character was his Danger Man character, John Drake) who, in the event of his retirement from the secret service, finds himself confined in an incomprehensible coastal village filled with seemingly happy people each identified by numbers rather than names. 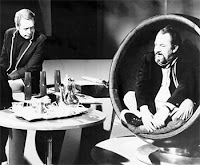 Over the course of the series we see, our begrudgingly numbered hero, Number 6, attempt to both escape and resist the attempts to break his spirit by the various incumbents of the Number 2 position (played by Leo McKern & Kenneth Griffith amongst others).

Many aspects of the series have become firmly established in popular consciousness; the village itself  (actually Portmeirion in North Wales), the Ron Grainer theme, 'Rover' the inflatable guard ball and the two key quotes from Number 6... 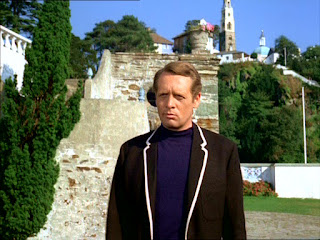 'The Prisoner' was and indeed remains a singular creation. Loved and loathed in equal measure this  wilful, obtuse, stylised and enigmatic show is quintessential cult TV.  In it's attacks on authority and conformity and it's celebration of individual integrity and personal freedom it continues to amaze and baffle viewers to this day and remains both completely of it's time and utterly contemporary for exactly the same reasons.

So, below is the pilot episode 'Arrival'.  I'm not sure how many of the other 16 episodes are available online but the series has been released in box sets a number of times and is absolutely well worth your money.


The Prisoner - Arrival by tvchannels

If you enjoy what we do here on Wyrd Britain and would like to help us continue then we would very much welcome a donation towards keeping the blog going - paypal.me/wyrdbritain
Affiliate links are provided for your convenience and to help mitigate running costs.
Posted by ian holloway at 17:16