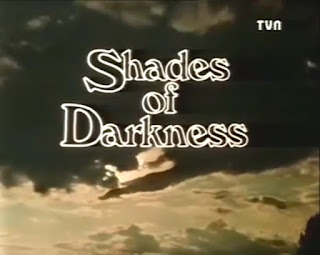 Written by Walter de la Mare in 1922, 'Seaton's Aunt' is a psychological horror which tells a tale of cruelty and familial abuse and, perhaps, of psychic vampirism.

Arthur Seaton is a rather meek and nervous boy, bullied at school by his classmates and at home by his domineering aunt.  Following a small kindness he invites the more vigorous and popular Withers home for the holiday where the visitor is shown the deeply unhealthy relationship between the boy and his guardian and is brought into Seaton's confidence regarding what he believes to be his aunt's 'true' nature.  Further visits, as an adult reintroduces Withers to the household and the depths of the antipathy that exists between it's residents. 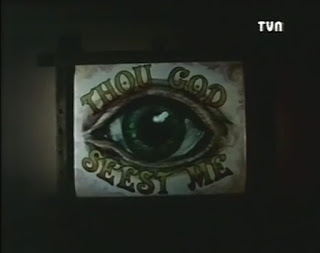 Adapted in 1983 as part of a little known anthology series, 'Shades of Darkness' this version features Mary Morris as the titular character.  More widely known in Wyrd Britain as the old shaman Panna in the Doctor Who episode Kinda and, in the episode "Dance of the Dead", as one of the many inhabitants of the Number Two chair in The Prisoner, here she turns in an outrageous performance filled with sarcastic vitriol and scenery chewing grandiosity.  As Seaton and Withers, Adam Lal and Joshua de la Mare as the young versions and Paul Herzberg and Peter Settelen as the adult provide sympathetic portrayals of the two very different men but all pale next to Morris' gothic harridan. 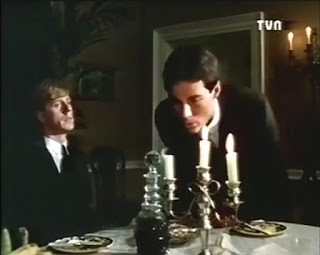 Until the final act this is a fairly faithful recreation of the original and when the change, which does rob the story of much of it's supernatural ambiguity, happens I found I didn't really mind all that much with the televised ending being perhaps being as characteristic of the time it was made as much as the, arguably much better, original ending is it's own era and they both conclude with the same devastating final statement.

If you enjoy what we do here on Wyrd Britain and would like to help us continue then we would very much welcome a donation towards keeping the blog going - paypal.me/wyrdbritain
Posted by ian holloway at 12:06