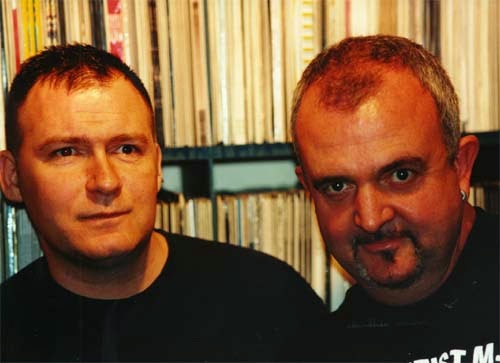 Through the 90s and 00s I was besotted with the music of Coil and while the band might have come to an end with the passing of Jhonn Balance the music he and partner Peter Christopherson made continues to sound as amazing as it ever did.

Coil were formed from the ashes of Throbbing Gristle and as fallout from Psychic TV.  Coil always felt like an intensely personal project and each release allowed a glimpse inside the lives of the two principal members.  Due in no small part to Christopherson's legacy at the heart of TG, Coil were always tagged very much with the industrial tag and in many ways they wore that mantle with aplomb but their music contained a huge variety of influences and genres that were reinterpreted and recontextualised through Christopherson's synths and Balance's vision for the music which is monstrous, delicate, obtuse, intense, sparse, melodious, funny, achingly beautiful and all theirs.

As such their discography is a diverse and wondrous affair filled with gems and so to mark the anniversary of Jhonn Balance's passing and also in memory of Peter I thought I'd share with you some of my favourites but first a short TV interview with them.