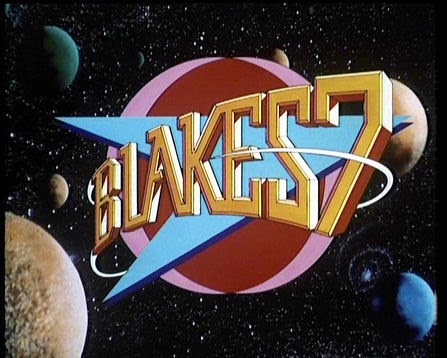 Created by the (non Davros) creator of the Daleks Blake's 7 ran for 4 series (52 episodes) on the BBC between 1978 and 1981.  It tells the story of a small group of escaped convicts (some wrongly convicted, others not so) who find themselves in possession of a super powerful alien spaceship (Liberator) which they use to attack and harass the ruthless and totalitarian Terran Federation.

The crew (at first) consists of ex resistance leader Roj Blake (Gareth Thomas) who has been brainwashed and then framed for child molestation and becomes the nominal captain of the Liberator, Kerr Avon (Paul Darrow), a cold and conceited electronics genius, thief and coward Vila Restal (Michael Keating), pilot Jenna Stannis (Sally Knyvette), telepathic freedom fighter Cally (Jan Chappell), gentle giant Olag Gan (David Jackson) and Zen (Peter Tuddenham) the Liberator's computer.  As the series progressed various cast members left (including Blake himself) and were replaced by newer characters but it is this core crew that is most keenly remembered alongside the main villain the Supreme Commander of the Terran Federation Servalan (Jacqueline Pearce). 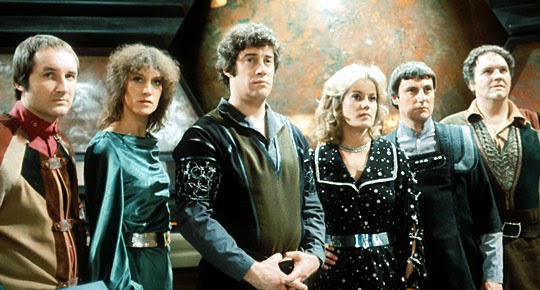 Blake's 7 was hugely popular in it's day and presented a more adult take on sci-fi than it's main sf competitor on the channel, Doctor Who, which was working it's way through the back half of Tom Baker's time in the TARDIS during the same period.  It wasn't without it's faults though.  In typical BBC style it's ambition far outweighed it's budget and so corners were inevitably cut leaving many of the sets and effects looking decidedly dodgy but the things it got right it did so with aplomb.  The cast are, for the most part, excellent and the characters display traits and behave in such ways that make them feel more real than is often the case with TV sci-fi. The writing is tight and the, for the most part, self contained episodes are satisfying to watch.  Most of all there is a moral ambiguity to the show.  The Federation is a deeply unpleasant and flawed system and the crew are right to oppose it but the manner in which they do so is always in question within the show.  There is rarely consensus amongst the crew and the relationship between them is always fraught. 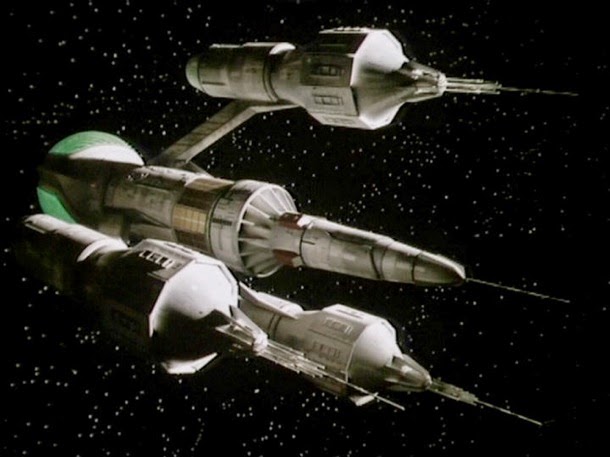 As the series' progressed the show hemorrhaged both viewers and it's main cast with only Avon, Villa and the perspex computer Orac (also Peter Tuddenham - who also voiced a third computer in the series - Slave) making it through to the end.  The series did however bring back one of it's main characters for the series 4 finale and ended the show in a powerful and enigmatic fashion.

For many it seems the flaws of Blake's 7 have taken precedence in their recollections of the series but for me it remains one of my most fondly remembered sci-fi serials.

The full series one has been playlisted below.

If you enjoy what we do here on Wyrd Britain and would like to help us continue then we would very much appreciate a donation towards keeping the blog going - paypal.me/wyrdbritain
Posted by ian holloway at 22:55