In a Dark, Dark Box 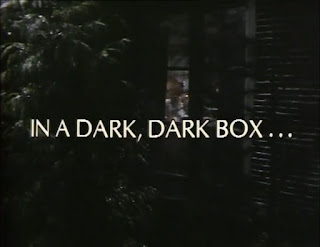 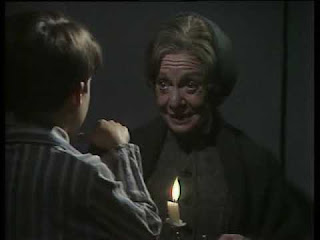 This, the fifth episode of that series, puts a young boy (Andrew Downer) visiting his granny (Sheila Burrell) in bed in the room his drowned father grew up in where she begins to recite him a poem.  As the poem progresses he starts to wonder if it's describing the room he's in and whether there is actually a trunk in that dark cupboard in that dark, dark corner.
In the dark, dark cupboard there was a dark, dark trunk;
In the dark, dark trunk there was a dark, dark box;
Directed by Vic Hughes, who had a pedigree for scaring kids with episodes of 'Ace of Wands', 'Shadows' and 'The Tomorrow People' under his belt and with 'Chocky' still to come, who makes good use of a script by Jane Hollowood which has a nicely old fashioned creepy, ghost story at it's heart which it ultimately bottles out of . 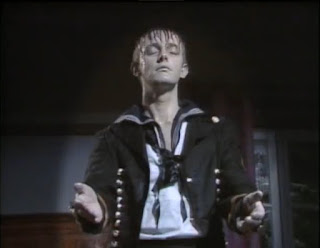 If you enjoy what we do here on Wyrd Britain and would like to help us continue then we would very much welcome a donation towards keeping the blog going - paypal.me/wyrdbritain
Affiliate links are provided for your convenience and to help mitigate running costs.
Posted by ian holloway at 11:58