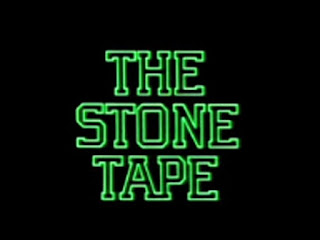 In 1972 having returned to the BBC after a sojourn as a freelancer with companies such as Hammer Films, Nigel Kneale was offered the chance to write the Xmas play for broadcast on BBC Two.  Following the well trod tradition of a Xmas ghost story Kneale decided to meld his take on the genre with the science fiction with which he made his name.

His story concerns the efforts of a team of researchers attempting to develop a new recording technology in the haunted house in which they have set up shop using the theory that the very stones of the building have become imprinted with a 'recording' of the death of a young woman. 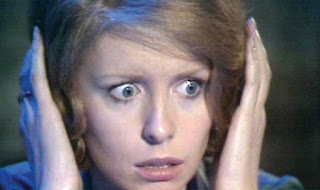 The play stars Michael Bryant and Jane Asher, was produced by former Doctor Who producer Innes Lloyd (the man responsible for the Doctor regenerating) and directed by another former Hammer employee Peter Sasdy (director of Countess Dracula and Taste The Blood of Dracula).  The music and the, desperately unsettling, sounds for the show were created by Desmond Briscoe which marked a rare foray into the studio for the head of the BBC Radiophonic Workshop; Briscoe, incidentally, had in 1958 created the special sound for Kneale's original TV version of Quatermass and the Pit in one of the first projects worked on by the then newly established Workshop.

There are many gems in the Kneale catalogue and we've featured a few of them here on Wyrd Britain in the past and this one is right up there with the best of them.  Like 'Murrain' it concerns itself with those most Kneale of topics the clash between the supernatural and the scientific and like 'Quatermass and the Pit' and the late 70s 'Quatermass Conclusion' with the echoes of history imprinted on a location and it does both in the most terrifying manner.

The Stone Tape was recently revived for radio by the BBC in a production overseen by Peter Strickland (Berberian Sound Studio, The Duke of Burgundy) which we'll return to at a later date.  In the meantime though here's the original.

If you enjoy what we do here on Wyrd Britain and would like to help us continue then we would very much welcome a donation towards keeping the blog going - paypal.me/wyrdbritain
Posted by ian holloway at 12:51