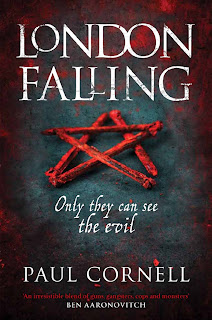 The dark is rising ...Detective Inspector James Quill is about to complete the drugs bust of his career. Then his prize suspect Rob Toshack is murdered in custody. Furious, Quill pursues the investigation, co-opting intelligence analyst Lisa Ross and undercover cops Costain and Sefton. But nothing about Toshack's murder is normal. Toshack had struck a bargain with a vindictive entity, whose occult powers kept Toshack one step ahead of the law -- until his luck ran out. Now, the team must find a 'suspect' who can bend space and time and alter memory itself. And they will kill again.
As the group starts to see London's sinister magic for themselves, they have two choices: panic or use their new abilities. Then they must hunt a terrifying supernatural force the only way they know how: using police methods, equipment and tactics. But they must all learn the rules of this new game - and quickly. More than their lives will depend on it.

I've read a few of Cornell's things over the years, mostly from the library when I've not found anything else which is not intended to be a slight against him but rather an observation that the titles on which he made his name as a comic writer - such as X-Men and Batman - aren't really to my taste. He did have a stretch on Hellblazer too but I was gone from comics by then and stayed gone for about 10 years.

I'm not sure why I'm saying any of this as what we have here isn't a comic but the first in a series of novels about a group of magic coppers. I think I'm probably just admitting to a tiny bias in that I really didn't like the other stuff but it had as much - if not more - to do with my disinterest in people dressed in spandex hitting each other as it did in the writing. 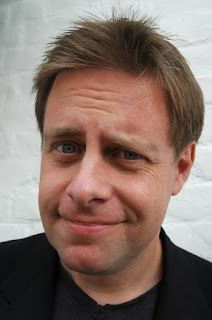 D.I. Quill and his small team of two undercover officers and an intelligence analyst are at the end of a long and complex investigation and about to make the score of their careers when the chief suspect is brutally murdered in custody, in plain sight of Quill and with no visible perpetrator.

Their investigations lead them in the direction of one particular old lady who possibly may have had a hand in a huge number of deaths stretching back further than seems possible. During the raid on her house something inexplicable happens and the team are plunged headlong, unprepared and ill-equipped, into an aspect of London that they'd previously been blissfully unaware of.

I must admit I struggled with this book. For the most part I found it to be a pretty ponderous read peopled by unlikeable characters. I almost gave up on it a few times during the first 100 pages or so but persevered after reading some online reviews that promised that it came to life in the second half, Well, I ploughed on and it did but not much. I found that with the exception of Sefton (one of the undercover coppers) I just couldn't bring myself to care about any of them. The story was laborious and resolutely dull with an identity problem about whether it wanted to be Neverwhere or The Sweeney and ended up not really capturing the spirits of either.

Comparisons will also be made to Ben Aaronovitch's 'Rivers of London' series and there are similarities but Aaronovitch has a wit and a lightness of touch that is missing here. Cornell's protagonists are all so serious that they must have appalling and permanent jaw ache from all the teeth clenching and the whole thing felt drab and unlovely and perhaps that's the point and I just couldn't see it which would be annoying.  This - the supernatural detective -  is a genre I like very much indeed.  I have a shelf full of this sort of stuff and desperately want to like this book and can see that there's something quite interesting buried in there, especially with their find at the end, but everything is all so down and maudlin it feels like it's pushing me away.

When I picked this book up I grabbed the other two in the series with it - they were on offer - so I may try at least the second one just to find out if there is something here and I'm just missing it.