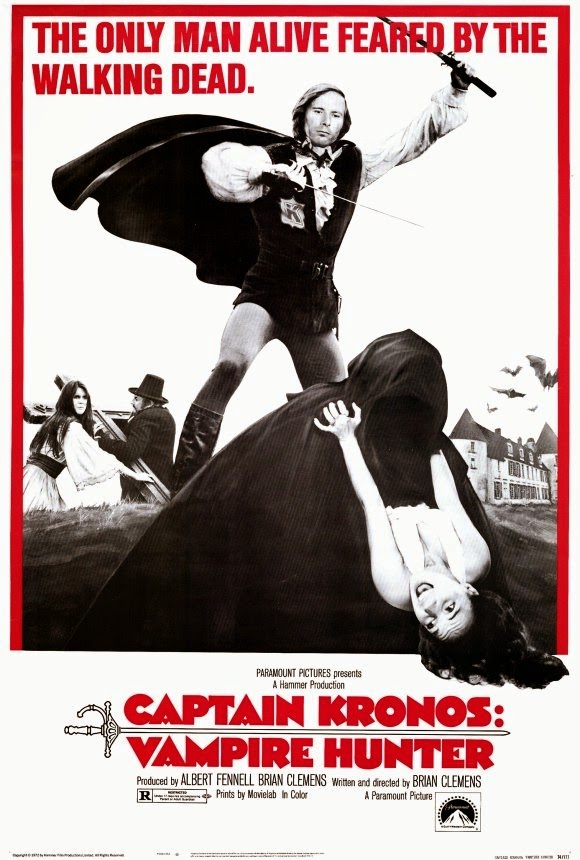 Made right at the end of the road for Hammer films just before the wolves howling at the door rather than the ones howling at Dracula's castle made their move.

Captain Kronos: Vampire Hunter tells of the heroic Captain (Horst Janson) and his magnificently named companion Professor Hieronymus Grost (John Cater) who are called in to investigate the mysterious deaths of a number of villagers who seemingly have died of old age long before their time.  Recognising that the deaths were caused by a different type of vampire to the leech variety they, along with local girl Carla (the one and only Caroline Munro) set out to save the town.

A joyous mix of swashbuckling action and Hammer's trademark fanged villany Captain Kronos was to have launched a new franchise onto the world but instead left us with a tantalising coda to what had been whilst giving a tiny taste of what could have been.