Welcome to the Britain of The Changes. A Britain returned to a level of medieval peasantry by a sudden and inexplicable hatred of all machines that consumes most of the inhabitants.

In 1975 the series was adapted by the BBC into a 10 episode TV series which I'll talk about some other time. 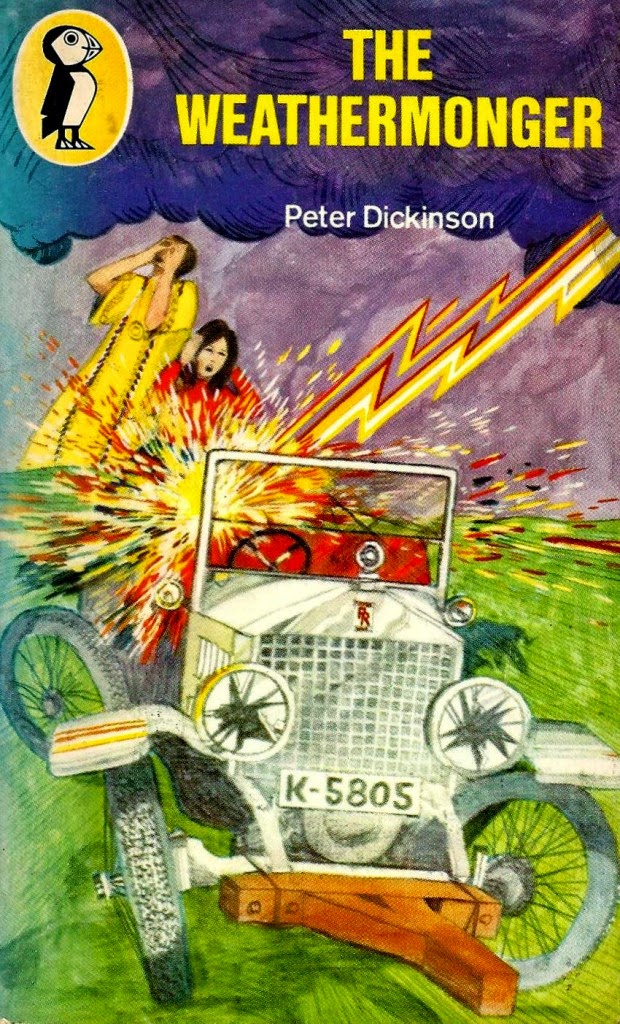 "This is the time of The Changes -- a time when people, especially adults, have grown to hate machines and returned to a more primitive lifestyle. It is a time of hardship and fear! When 16-year-old Geoffrey, a "weathermonger" starts to repair his uncle's motorboat, he and his sister Sally are condemned as witches. Fleeing for their lives, they travel to France -- where they discover that everything is normal. Returning to England, they set out to discover why the country is under this mysterious spell. Only discovering the origin of the deadly magic will allow them to set the people free of its destructive influence."

This is the first of the trilogy that formed the basis for the 1970s TV series 'The Changes' although this one barely featured in the TV show at all except for a vague similarity in terms of the ending.

It's the sorry of two kids - Geoffrey and his little sister Sally - who are travelling through a Britain that is hostile, barbaric, superstitious and which has somehow regressed back to the middle ages in order to find the source of the problem. With the assistance of an ancient Rolls Royce and Geoff's (titular) weather magic the two plough their way across the country being attacked by wild boars, angry superstitious peasants and lightning whilst being pursued by a feudal lord and his pack of dogs.

It's a little romp of a book and I'm really surprised it isn't better remembered although I wonder if the drugs at the end had a part in that. Personally though I thoroughly enjoyed and I am very pleased to have the other two instalments here ready for reading. 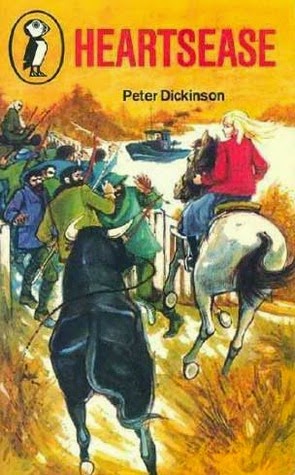 At a future time in England when anyone knowledgeable about machines is severely punished as a witch, four children dare to aid in the escape of a "witch" left for dead.

The second in Dickinson's trilogy of The Changes is set an undisclosed amount of time before the first and features an entirely new set of characters.

What is almost immediately apparent here is that Dickinson has pulled back from the overtly magical nature of the first - no more weathermongery - and all that remains is the vague sense for 'wickedness' expressed by the repugnant Davey Gordon and of course the mortal terror and hatred of machines. The book is all the stronger for it too with the reigning in of the magic allowing a far more interesting and real story to unfold.

The story tells of the rescuing of a 'witch' - in actual fact an American sent to Britain to investigate The Changes - from a crude grave following his stoning by the villagers by 4 young people and their subsequent flight along the canals in the boat named in the title. It unfolds slowly and carefully marshaling it's energy until the children are ready to make their move at which point the pace is relentless and rollicking good fun.

I must admit to having been a little confused by the presence of the American though as in the first book it is established that those trying to reach Britain from outside were repelled by some force or went through The Change themselves. This does make him slightly incongruous but I wonder if Dickinson was feeling a little constrained by the 'rules' laid out in the previous book.

All told it's a lovely little read that takes it's time in the telling and does so to tell a more honest and human tale than the first. 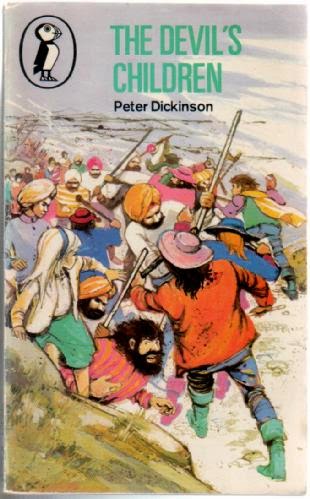 After the mysterious Changes begin, twelve-year-old Nicola finds herself abandoned and wandering in an England where everyone has suddenly developed a horror and hatred of machines.

And so the story of The Changes ends...or begins. The third part - and the one with the most in common with the TV series - tells of young Nicky Gore and her travels with a group of Sikhs as they attempt to find a safe new home in this strange new world.

It's fabulous stuff with a story that's both tight and well paced. The Sikhs - who remain unaffected by The Changes - are portrayed as both extraordinary and ordinary. Their behaviour and mannerisms relayed and interpreted through Nicky's childish and retarded - thanks to the influence of The Change - viewpoint; her opinions softening as she gets to know, trust and like them and becomes more at home in their company.  Dickinson is unafraid of his characters and boldly displays prejudice and misunderstanding from all sides - overtly from the nearby villagers with whom the Sikhs begin trading, more subtly from the Sikhs, 'We are cleaner than Europeans.' He's also willing to have fun with them - the running gag with the Sikhs riotous discussions that invariably lead to the correct decision being made.

I've seen these books listed lately in reverse order - with this one as part 1 - but I'm very glad I read these in the order they were published as this was easily my favourite of an excellent series and a very nice way to leave this changed world.
Posted by ian holloway at 22:31