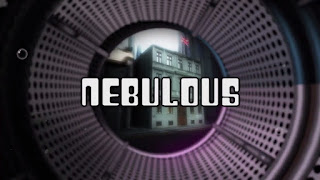 It's 2099 where following various environmental disasters which have reduced human knowledge, changed the Earth's orbit, split much of the UK into islands and vastly reduced the human population we find Professor Nebulous (Mark Gatiss), destroyer of the Isle of Wight and head of KENT (Key Non-judgmental Environmental Taskforce), investigating environmental dangers as he attempts to restore the world while also taking in laundry to supplement their funding.

Nebulous ran for 3 series on BBC Radio 4 between January 2005 and June 2008 with the first episode being remade in 2019 as the animated pilot you can see below. 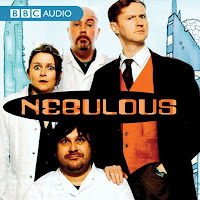 The show is an affectionate spoof on the cornerstones of Wyrd Britain such as Quatermass, Doctor Who and Doomwatch and indeed the finale of the pilot episode revolves around a notable reference to The Day of the Triffids movie.  It features a strong cast including the likes of the series' writer and producer Graham Duff as Rory Lawson and the great David Warner as Nebulous' nemesis Doctor Klench alongside guest stars such as David Tennant, Peter Davison and Kate O'Mara. Not every joke lands cleanly and episodes are often a little too crammed for their own good but such is the curse of the radio play with it's need to avoid dead air but the series as a whole is a thoroughly enjoyable pastiche of the type of shows we champion here which deserves it's place alongside them.

You can watch the animated pilot below with the rest of the series available to own on disc or download from your retailer of choice or you can listen to them here -  https://archive.org/details/nebulous5

Affiliate links are provided for your convenience and to help mitigate running costs.
Posted by ian holloway at 12:50