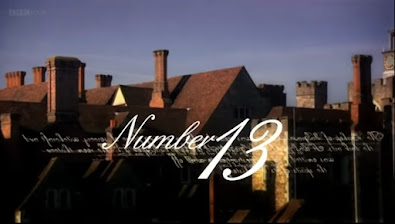 Adapted from the M.R. James story of the same name published in 1904 in 'Ghost Stories of an Antiquary' this BBC version stars Greg Wise as Professor Anderson a repressed and slightly pompous Oxford academic investigating finds in a cathedral archive. These papers hold claims of devil worship on the part of a previous bishop and a man named 'Nicholas Francken' who had practiced his nefarious deeds in the house that had previously stood on the spot now occupied by the hotel in which Anderson is currently lodging.

With a sympathetic script by Justin Hopper (author of the hauntological memoir 'The Old Weird Albion') and an excellent cast that includes Tom Burke (now more known for his portrayal of J.K. Rowling's 'Cormoran Strike') and his father David Burke (Jeremy Brett's first 'Dr Watson') who had coincidentally also featured in the previous years 'A View From A Hill'. 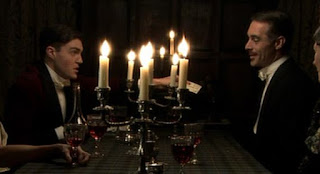 It's not entirely successful, the cast, Wise in particular, look more costumed than clothed, the early outdoor scenes are too crisp, bright and summery which sets an initial mood at odds with where the story wants to lead us and the director, Piers Wilkie, never quite manages to inject the required level of bacchanalian excess onto the oneiric orgies emanating from the ghostly room of the title but presents a convincing environment and for the most part succeeds in creating a tense atmosphere of encroaching dread leading to an unostentatious but satisfying climax.  Buy it here - Ghost Stories from the BBC: A View From a Hill / Number 13 (DVD) - or watch it below.

Affiliate links are provided for your convenience and to help mitigate running costs.
Posted by ian holloway at 14:00