Hellraiser: Soundtrack Hell - The Story of the Abandoned Coil Score 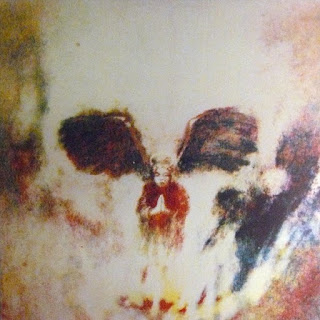 In 1984 Coil member Stephen Thrower struck up a friendship with author Clive Barker after a chance meeting in a London Forbidden Planet shop and played him some tracks off the not yet released first Coil album, 'Scatology'.
From this friendship and mutual artistic appreciation the band were soon asked by Barker to provide the soundtrack to his movie 'Hellraiser', an adaptation of his own novella 'The Hellbound Heart'.  Alas, beyond some preliminary recordings, it was not to be and at the studio's insistence the movie eventually went the more typical orchestral route via composer Christopher Young. 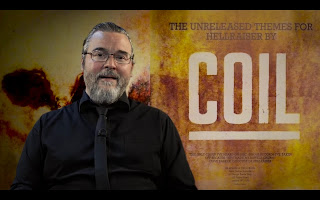 In the video below Stephen Thrower tells the story of the soundtrack; its development and it's demise.  Obviously for a Coil (and Cyclobe) fan like me it makes for a fascinating watch and it's a joy to see Thrower's enjoyment in the telling.  Personally Hellraiser was never a film I had any particular love for; I thought it had some striking visuals but body horror was never really my thing. I can't help but feel though that an undiluted version formed from those initial discussions between the author and the musicians would have been quite something to behold.

And then there's the music.  Within Coil fandom the story has long been debated and endless "What if's" discussed over how different the film could have been "If only..."

The small amount of music they made in that week in the studio has long been available and with it's very of the time sound palette and strong John Carpenter vibes it ably shows just how good it all could have sounded and makes the decison to drop them from the project all the more bizarre and obviously one made by corporate dictat.

Affiliate links are provided for your convenience and to help mitigate running costs.
Posted by ian holloway at 13:38