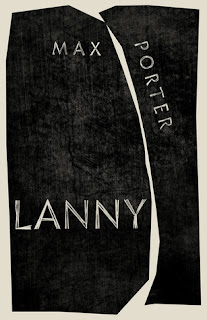 There’s a village sixty miles outside London. It’s no different from many other villages in England: one pub, one church, red-brick cottages, council cottages and a few bigger houses dotted about. Voices rise up, as they might do anywhere, speaking of loving and needing and working and dying and walking the dogs.
This village belongs to the people who live in it and to the people who lived in it hundreds of years ago. It belongs to England’s mysterious past and its confounding present. But it also belongs to Dead Papa Toothwort, a figure schoolchildren used to draw green and leafy, choked by tendrils growing out of his mouth.
Dead Papa Toothwort is awake. He is listening to this twenty-first-century village, to his English symphony. He is listening, intently, for a mischievous, enchanting boy whose parents have recently made the village their home. Lanny.

Max Porter hit big the other year with his debut novel, 'Grief is a Thing With Feathers' a poetical meditation on loss with an absolutely devastating finale.  For his second novel loss - of a different sort - also takes centre stage wrapped up in a tale of a young boy and his love of his home, peripherally of Dead Papa Toothwort the genius loci of that place and crucially, as with the previous book, how loss and grief is dealt with by those left behind; an exploration writ large in the a middle section formed from an almost stream of consciousness bite sized narrative plucked from the thoughts and conversations of the various villagers.

Very much a book of three parts with Porter employing three different devices to tell his tale.  The opening section uses the same format as his previous novel giving each character a monologue or vignette from which we can build the story, the second is the whirling schizophrenic cut-ups whilst the third is a more traditional story form albeit one that is largely based in illusion as Dead Papa Toothwort takes the role of game show host.  I enjoyed the perspective shifts enormously although I will say if you are familiar with Porter's debut then the first section is a recognisable, and possibly over-familiar, tool.

The book as a whole is a shining experience. Transformative, playful and desperately serious.  It's consistently readable even when flipping it's structure on it's head and holds it's more esoteric elements in just enough abeyance to make you wonder at their legitimacy whilst being entirely certain of their impact.