To Kill A King 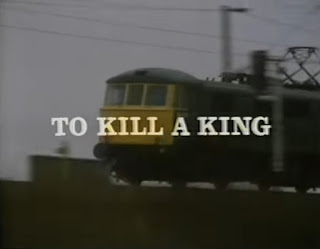 Alan Garner's 'To Kill A King' was the final episode of the supernatural anthology series 'Leap In The Dark' that ran for 4 series on BBC2 between 1973 and 1980.  Whilst the early series were documentaries the latter two consisted of various dramas written by the likes of Garner, Fay Weldon (author of 'The Life and Loves of a She-Devil') and (the writer of 'Penda's Fen') David Rudkin.

In 'To Kill A King' Garner tells an autobiographically tinged story of an author, Harry (Anthony Bate, Oliver Lacon in 'Tinker, Tailor, Soldier, Spy'), haunted by a disconnect with his restless muse as he battles against writer's block or of man rapidly descending into depression and madness as he rages against the turmoil of his mind. 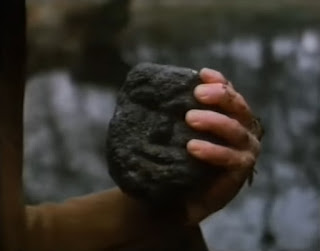 Garner has spoken in the past of his struggles with depression and in many ways this seem like an exploration of its causes as Harry is pressured from all sides - by colleagues, family, fans but most of all by himself - and as a result 'his head' is submerged in muddy water unable to see the light, a terrifying prospect that throws him into even deeper water.

As you may have inferred the play is heavy on symbolism with Harry reaching a decision as he emerges from a dark tunnel and the idea of inspiration as a transmission from elsewhere embodied by the presence of Jodrell Bank Observatory at the end of his garden and the plethora of communications technology - typewriter, telephone, television - that haunts him and it's not until he uses 'his head' to break their hold that his muse settles and his block lifts.

The finished piece is an oddly compelling collision of supernatural tale with psychodrama that offers an interestingly ambiguous take on both.

If you enjoy what we do here on Wyrd Britain and would like to help us continue then we would very much welcome a donation towards keeping the blog going - paypal.me/wyrdbritain
Posted by ian holloway at 12:32

Email ThisBlogThis!Share to TwitterShare to FacebookShare to Pinterest
Labels: Alan Garner, Leap in the Dark, supernatural, To Kill a King, TV Series