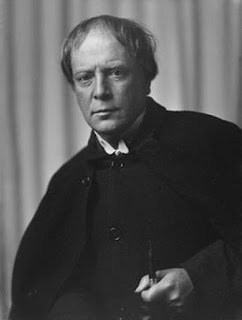 Welsh writer and mystic Arthur Machen wrote 'The Terror' in 1917 at the height of the first World War, one of a notable body of work that he wrote during that most turbulent period with the most (in)famous being 'The Bowmen', the tale that triggered the legend of 'The Angel of Mons'.

The Terror tales the story, from the perspective of the inhabitants of a small, rural Welsh community, of an uprising of the natural world as villagers are dying in mysterious circumstances.  We are placed in the company of Dr. Lewis as he investigates the deaths and learns more of similar events around the country.

You can see it's influence in works such as Daphne du Maurier's 'The Birds', M Knight Shyamalan's 'The Happening' and even in the 'when animals attack' horror sub genre of the 1980s by the likes of Guy N Smith and Shaun Hutson but please don't expect the visceral carnage of the later though as Machen is a far more lyrical author. Here he keeps the terror at arms length, we rarely see it's immediate impact arriving after the fact with only clues to lead us to the truth of the matter that is slowly teased out around the more fanciful theories of one of Lewis' club mates.

Personally I have a preference for Machen's more folkloric and overtly supernatural work and as such 'The Terror' isn't a tale I return to particularly often but there is a real dearth of Machen adaptations out there and so to find this early 80s (New Year's Eve 1981 to be precise) radio play was an unexpected treat too good not to share with you all.

If you enjoy what we do here on Wyrd Britain and would like to help us continue then we would very much welcome a donation towards keeping the blog going - paypal.me/wyrdbritain
Posted by ian holloway at 12:08