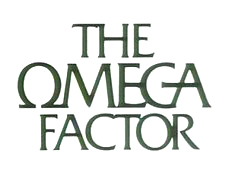 After leaving the TARDIS in 1978 and before confining herself to a Japanese POW camp for two years in 'Tenko', Louise Jameson starred in the single series of what, until recently, was perhaps one of the forgotten chapters of British weird TV, 'The Omega Factor'.

Created by scriptwriter Jack Gerson, 'The Omega Factor' was a 10 episode series produced by BBC Scotland that told of journalist Tom Crane (James Hazeldine also star of Chocky and The Last Train) and his involvement in Department 7, a shadowy government agency (is there any other kind?) concerned with psychic phenomena.  Also employed by the agency are, Jameson's, Dr. Anne Reynolds and Dr Roy Martindale (John Carlisle) the driven and unscrupulous department head. 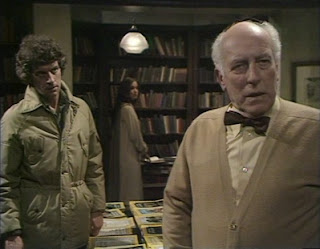 Crane is drawn in to the orbit of the agency as a result of his wife's murder by evil psychic, Edward Drexel played by Cyril Luckham who will be familiar to some readers as 'The White Guardian' in the Tom Baker era Doctor Who storyline 'The Key To Time'.  The rather aggressive, slightly unlikeable and, where Ann is concerned, inappropriately attentive Crane is encouraged to join the organisation both to hunt for Drexel and to explore his own nascent psychic abilities.  Once involved he slowly comes to realise that there is a larger conspiracy at work, the Omega of the title, and that his own organisation may not be completely innocent. 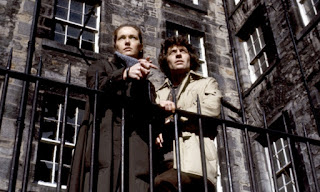 Only 10, 50 minute episodes were made before the series ended on a bit of a cliffhanger.  In it's time it achieved a level of notoriety when self righteous, moaning, busybody Mary Whitehouse denounced the episode, 'Powers of Darkness' as being "thoroughly evil" which, according to his obituary in Scottish newspaper 'Herald Scotland', delighted Gerson.

The series boasted some fairly high production values and some nicely creepy and unpleasant moments.  It was definitely made with an adult audience in mind and this is reflected in the behaviour of the characters but also in things like the fabulous diegetic music choices. It is also very much of it's time in terms of things like Crane's (and Martindale's for that matter) behaviour towards Anne. 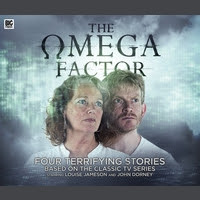 I've seen this series at various times compared to both 'Sapphire and Steel' and also 'The X-Files' but it rarely achieves the sublime craziness of the former and my knowledge of the latter is really too limited to accurately compare but on the surface it seems a fair comparison.

The series has recently been revived by audio maestros 'Big Finish' who have produced an audiobook of Gerson's novelisaton of the series and who have issued several series of new episodes starring Louise Jameson (whose Dr Anne Reynolds is now in charge of Department 7) and John Dorney (as Crane's son, Adam) which will hopefully raise the profile of the original.

If you enjoy what we do here on Wyrd Britain and would like to help us continue then we would very much appreciate a donation towards keeping the blog going - paypal.me/wyrdbritain
Posted by ian holloway at 12:20