Special Sound: The Creation and Legacy of the BBC Radiophonic Workshop 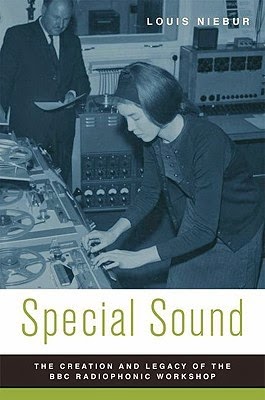 Special Sound traces the fascinating creation and legacy of the BBC's electronic music studio, the Radiophonic Workshop, in the context of other studios in Europe and America. The BBC built a studio to provide its own avant-garde dramatic productions with experimental sounds "neither music nor sound effect." Quickly, however, a popular kind of electronic music emerged in the form of quirky jingles, signature tunes such as Doctor Who, and incidental music for hundreds of programs. These influential sounds and styles, heard by millions of listeners over decades of operation on television and radio, have served as a primary inspiration for the use of electronic instruments in popular music.
Using in-depth research in the studio's archives and papers, this book tells the history of the many engineers, composers, directors, and producers behind the studio to trace the shifting perception towards electronic music in Britain. Combining historical discussion of the people and instruments in the workshop with analysis of specific works, Louis Niebur creates a new model for understanding how the Radiophonic Workshop fits into the larger history of electronic music.

I was really stoked when I discovered the existence of this. I'd been hoping there was a book on the Workshop that I could read but had somehow managed to not notice this one.

In the end I did feel a little let down by it. Neibur has obviously done his research and he blatantly knows his subject but his writing, for me at least, was cold and lacking passion. He doesn't seem at all interested in the people. His entire concern is in the musical aspects and in the gear but even in that he's not concerned about glorious eccentricities like the 'do not fiddle with' and their other homemade gear which would allow us to learn more about magnificent mavericks like Workshop engineer Dave Young. Indeed the people of the Workshop get short shrift some only a cursory mention others not even that.

I don't want to appear too negative though as in it's way it was an interesting read but I'm an anthropologist / sociologist by qualification and by inclination because I like to know about the people and on that score this just didn't deliver. If however it's the technical details of both the compositions by and the composition of the Workshop then I'm sure this book will amply fulfil your requirements.