The magical history of the UK is the gift that keeps giving as far as authors are concerned. From big obvious storyworlds like the Potter books, Susanna Clarke's 'Jonathan Strange...', Mike Carey's Felix Castor series or Alan Moore's 'From Hell'.
In his 'Rivers of London' books Ben Aaronovitch places the old magic of the UK into a modern context and we find ourselves in a London populated by elementals and ghosts where magic, long thought dormant, is now on the rise.
Having established himself as a scriptwriter and novelist for Doctor Who Aaronovitch has developed a quick and easy style that races along at full pulp speed and in the best Who tradition mixes the mundane with the extraordinary.  I bought the first of these on a whim because I really liked the cover art (I am a sucker for good cover art) and am now completely hooked. 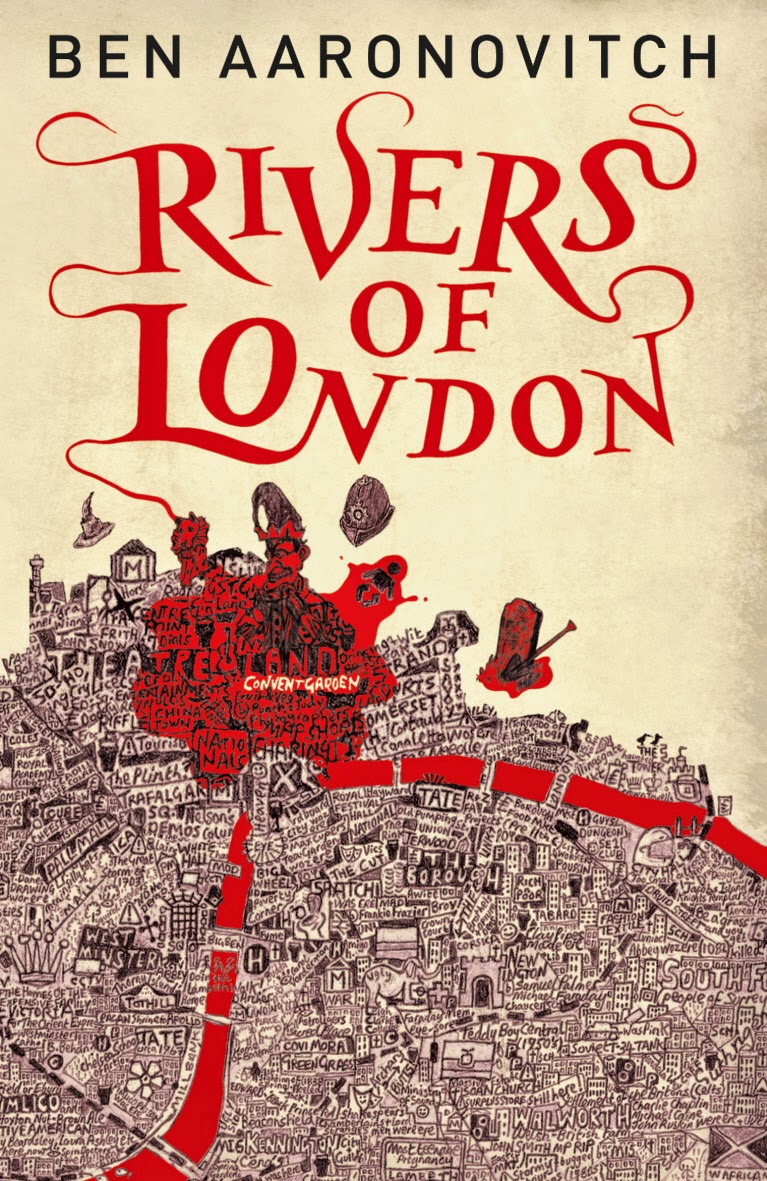 Probationary Constable Peter Grant dreams of being a detective in London's Metropolitan Police. Too bad his superior plans to assign him to the Case Progression Unit, where the biggest threat he'll face is a paper cut. But Peter's prospects change in the aftermath of a puzzling murder, when he gains exclusive information from an eyewitness who happens to be a ghost. Peter's ability to speak with the lingering dead brings him to the attention of Detective Chief Inspector Thomas Nightingale, who investigates crimes involving magic and other manifestations of the uncanny. Now, as a wave of brutal and bizarre murders engulfs the city, Peter is plunged into a world where gods and goddesses mingle with mortals and long-dead evil is making a comeback on a rising tide of magic.

I've had this on the table for a while. I really fancied it but the modern setting kept putting me off. When I finally got to it though it really hit the spot. It tells of Peter Grant a newly minted London copper who gets pulled into a special department dealing with magical threats to the realm. As Britain's first new wizard in fifty years Peter is soon on a steep learning curve about both the how, the who, the where, the when and the why whilst also continuing to maintain his actual job and deal with a particularly nasty case that has landed in the collective laps of the Metropolitan police.

There are moments in the book when he rather gets ahead of himself (the vampires) and the book slightly runs out of steam a little about 100 pages before the end as the finale seemed very dragged out but it was a mostly satisfying ending. It very much reminded me of Mike Carey's Felix Castor novels which is hardly surprising but it has it's own identity and is a lot more fantastical. I'm pretty interested for book two. 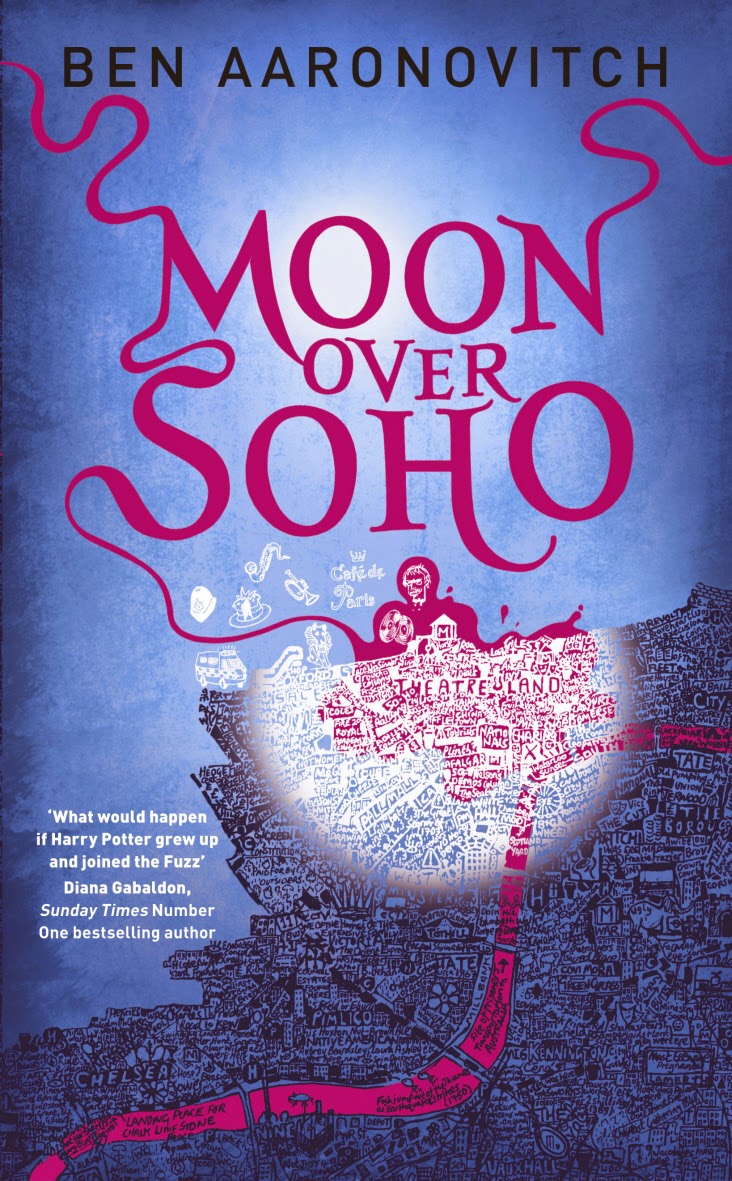 My name is Peter Grant, and I’m a Detective Constable in that might army for justice known as the Metropolitan Police (a.k.a. The Filth). I’m also a trainee wizard, the first such apprentice in fifty years.
Something violently supernatural had happened, something strong enough to leave an imprint on the corpse of part-time jazz saxophonist Cyrus Wilkinson as if he were a wax cylinder recording. He's not the first musician to drop dead of a heart attack right after a gig, but no one was going to let me start examining corpses to check for supernatural similarities. Instead, it was back to old-fashioned police legwork. It didn't take me long to realise there were monsters stalking Soho, creatures feeding off the gift that separates great musicians from those who can raise a decent tune. What they take is beauty. What they left behind is broken lives.
And as I hunted them, my investigation got tangled up in another story: a brilliant trumpet player, Richard 'Lord' Grant – my father – who managed to destroy his own career. Twice.
Policing: most of the time you're doing it to maintain public order. Occasionally you're doing it for justice. And, maybe once in a career, you're doing it for revenge.

This is the second of these Peter Grant novels and like this first it was pretty good fun. Grant is investigating the death of a part time jazz musician. Along the way he makes the acquaintance of a new 'young' lady friend, forms a new band for his dad and discovers that there is a very dangerous black magician working some particularly bad magic around the place.

Through the course of the book we are introduced to more of the less ordinary denizens of London whilst we are also, along with Peter, schooled in the history of magic and magicians in the UK. I'm an absolute sucker for this sort of urban fantasy but am also quite sceptical and hard to please so it's got to be done right. I'm uninterested in superpowered, supernatural creatures simply roaming the streets, it's silly and it's cliched and more importantly it's naff. For me they need to be incorporated into the fabric of the mundane; to be simply another ethnic group within the city albeit an ethnic group with unusual genetics. Aaronovitch manages this excellently.

It's a cool little caper with some really nifty characters who have real presence on the page. The story is fun and action packed with a lively pace throughout and an ending that opens the way for all manner of intrigue to come. 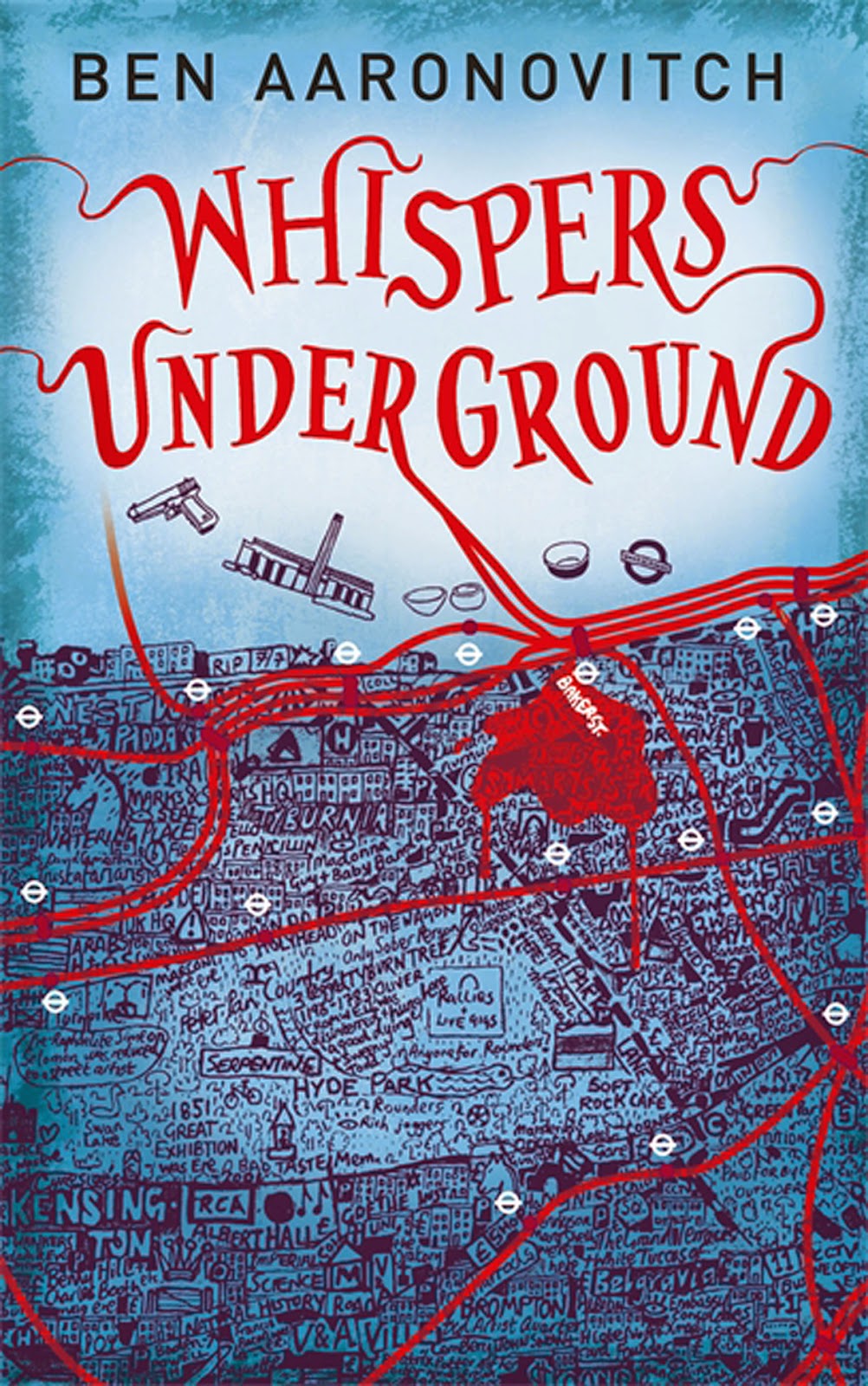 A whole new reason to mind the gap.
It begins with a dead body at the far end of Baker Street tube station, all that remains of American exchange student James Gallagher—and the victim’s wealthy, politically powerful family is understandably eager to get to the bottom of the gruesome murder. The trouble is, the bottom—if it exists at all—is deeper and more unnatural than anyone suspects . . . except, that is, for London constable and sorcerer’s apprentice Peter Grant. With Inspector Nightingale, the last registered wizard in England, tied up in the hunt for the rogue magician known as “the Faceless Man,” it’s up to Peter to plumb the haunted depths of the oldest, largest, and—as of now—deadliest subway system in the world.
At least he won’t be alone. No, the FBI has sent over a crack agent to help. She’s young, ambitious, beautiful . . . and a born-again Christian apt to view any magic as the work of the devil. Oh yeah—that’s going to go well.

This third book about apprentice magician and copper Peter Grant finds him dragged into the sewers and underground of London whilst searching for the killer of a young American artist. There's also a side plot regarding the continued search for the 'Faceless Man' and the 'Little Crocodiles'

On the whole this one was a little bit slight. The big, overarching, story very much took a back seat to a romp around London's subterranean workings with introductions to some of the other less ordinary inhabitants of the city. I must admit this did disappoint me a little as I am very much liking the big picture and back story aspects and so this all felt a little quiet and, as I said, slight but it was still a very fine adventure romp that kept me turning the pages.

Buy it here:  Whispers Under Ground (A Rivers of London novel)