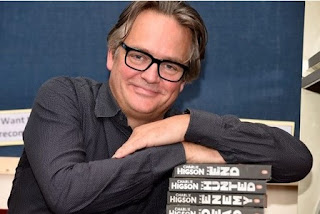 Probably more famous in the UK as one of the stars of the comedy series 'The Fast Show', Charlie Higson has been a published author since the early 90s although it's the two series of YA books - 'Young Bond' and 'The Enemy' - that he's produced since 2005 for which he has become most acclaimed.  Being in no way a fan of the films I've little interest in the former series but as a fanatic for anything with a post-apocalypse setting I was very keen to give the latter series a try.  I read the first two in the series a few years ago and enjoyed but then got distracted by other things until a recent find of the first three as a pack proved too enticing to resist so I dived back in. 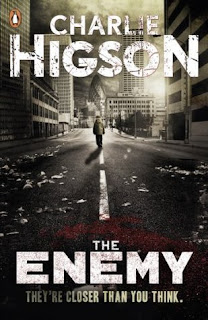 Charlie Higson's The Enemy is the first in a jaw-dropping zombie horror series for teens. Everyone over the age of fourteen has succumbed to a deadly zombie virus and now the kids must keep themselves alive.
When the sickness came, every parent, police officer, politician - every adult fell ill. The lucky ones died. The others are crazed, confused and hungry.
Only children under fourteen remain, and they're fighting to survive.
Now there are rumours of a safe place to hide. And so a gang of children begin their quest across London, where all through the city - down alleyways, in deserted houses, underground - the grown-ups lie in wait.
But can they make it there - alive?

Written very much in the spirit of Wyrd Britain literary hero John Christopher the first of Charlie Higson's post-apocalypse zombie horror series 'The Enemy' posits a world where a sudden outbreak of disease has turned everyone over the age of 14 into a puss covered, homicidal, cannibalistic maniac.  We join the action about a year after the outbreak as a group of kids living in a Waitrose come to realise that the way they've been living is not entirely viable and so, on the advice of a new arrival, decide to relocate to Buckingham Palace.  Alongside this we follow the adventures of 'Small Sam' as he escapes from the grown ups - variously known as 'Fathers', 'Mothers', 'Sickos' - that capture him at the books beginning as he travels across a ravaged London.

It's a brutally gory read written as a deliberate response to the lack of risk to the main character in the 'Young Bond' series and Higson has gleefully picked up John Christopher's apocalyptical torch and has taken the uncompromising desolation and isolation and grimness of 'The Empty World' and added the millennial monster de rigueur, the zombie, and created a truly fabulous piece of work.  One that is about friendship and tenacity, about madness and purpose and about hope and family whilst also being about adventure and gore.  Lots and lots of gore.

Buy it here: The Enemy 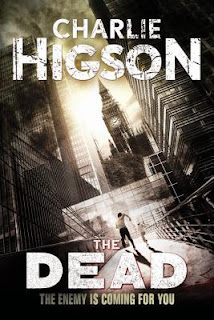 'The Dead' begins one year "before" the action in 'The Enemy', just after the Disaster. A terrible disease has struck everyone sixteen and over, leaving them either dead or a decomposing, flesh-eating creature. The action starts in a boarding school just outside London, where all the teachers have turned into sickos. A few kids survive and travel by bus into the city. The bus driver, an adult named Greg, seems to be unaffected by the disease. Then he begins to show the dreaded signs: outer blisters and inner madness. The kids escape Greg and end up at the Imperial War Museum. A huge fire in South London drives them all to the Thames, and eventually over the river to the Tower of London.

The second book in Higson's post-apocalypse zombie horror is a prequel of sorts as it tells of the early days of the outbreak and the journey of one group of kids from the countryside to the relative safety of London.

Through the course of the book we meet a number of characters who while not exactly familiar are folks that we've met in some form or other in the previous volume.  Higson populates his books with semi-believable characters who are sometimes maybe a little too indomitable but at the same time make for good action heroes as they work / fight for survival.  The characters grow as their journey progresses and in the spirit of the series many fall along the way including those you expect to rise to the top.

Another enjoyable non stop romp across a nicely ravaged landscape that keeps this series moving forward in a most enjoyable manner. 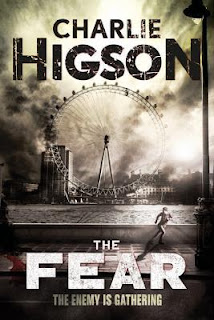 He doesn't know it but Dognut is about to set off a chain of events that will affect every kid in the city. The sickness struck everyone over the age of fourteen. Mothers and fathers, older brothers, sisters and best friends. No one escaped its touch. And now children across London are being hunted by ferocious grown-ups . . . they're hungry. They're bloodthirsty. And they aren't giving up. DogNut and the rest of his crew want to find their lost friends, and set off on a deadly mission from the Tower of London to Buckingham Palace and beyond, as the sickos lie in wait. But who are their friends and who is the enemy in this changed world?

The first of these post-apocalypse kids vs zombies books launched us straight into the action a year down the line.  The second was a prequel that began just after the outbreak and followed a group of kids from the country as they fled into the city to find safety.  This third book bridges the gap between the two and gives alternative viewpoints on some of the events from the first.

'The Fear' begins at the Tower of London almost a year on from the exodus from the fire that ended book 2.  Dognut, Courtney and some others have decided to leave the tower and head off in search of Brooke and the others who escaped in the Tesco lorry.  Along the way they meet up with some groups we've heard about and the Buckingham Palace group we already know.

We get a much closer look here at the backstage scheming of David and Jester and at the latter's journey across London looking for other kids that brings him to the Waitrose and Morrison's kids.  We are introduced to a new character, who takes one of the central roles here, who goes by the rather daft name of Shadowman, who takes it upon himself to spy on the adults as they begin to organise and form into an army.

The book is as easy to read, as unrepentantly bloodthirsty as the previous two and motors along at a similar pace.  I really enjoyed that he's widened the scope of his narrative offering different perspectives on familiar events with the 'History is written by...' truism being echoed by two conflicting characters.

I think I might have to buy the rest of the series.

Email ThisBlogThis!Share to TwitterShare to FacebookShare to Pinterest
Labels: books, Charlie Higson, post-apocalypse, The Dead, The Enemy, The Fear, zombies