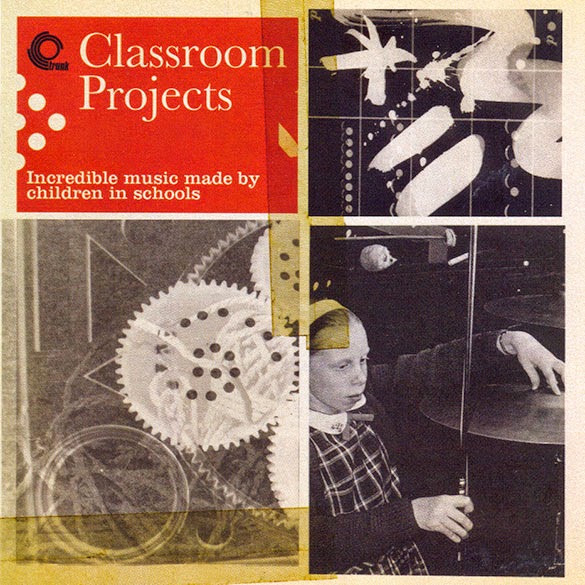 Trunk Records
JBH049CD
CD
This newer Trunk Records release of music by children lacks the sheer gonzo insanity that made it's precursor on the label - 'Music For Children' by Carl Orff & Gunild Keetman - such an amazing and compulsive listen but has much to recommend it in it's own right.

Collated from a variety of recordings made by school children between 1959 and 1981 it features folk songs, experimental oddities and a version of 'Bright Eyes'.  For me the definite highlights are the moments of avant-garde wonderfulness scattered throughout the album courtesy of a music education book and album by the name of 'Sound & Silence' such as  'The Lyke Wake Dirge' (see below) but there are many moments of simply sublime music littered across the album, and a version of 'Bright Eyes'.

I was in primary and secondary school through the 1970s (indeed, the year of the latest recording here is the year I started senior (comprehensive) school) and so this sort of free and rather bucolic approach to musical education brings back some strange memories and raises some odd feelings (even though the songs we sung in school were in Welsh).

It is a wonderful selection of tracks that manages to hold that sense of wistful nostalgia whilst also remaining vital and entertaining even on a version of 'Bright Eyes'.